The Road to Peace and Unity is a race worth running, and Shannon Loutitt, longtime honour runner, is excited to help make it happen again.

In 2010, she trained and led fifteen youth honour runners called 'The New Messengers,' who ran a 100 km route between Saskatoon and Batoche in July.

They were a key part of the opening historic reconciliation ceremony of the 125th anniversary of the battle, delivering the message that is inscribed on the cemetary gates, and now in 2014 they have reunited to mentor more runners: 80, in total.

On July 18th, each runner, whether a soldier or a 'New Messenger,' will run to honour a life and story. When they reach their destination, those names will be remembered with a living memorial, the unveiling of the Métis Veterans Monument, and the hope that Batoche will be known as a place of peace and unity. 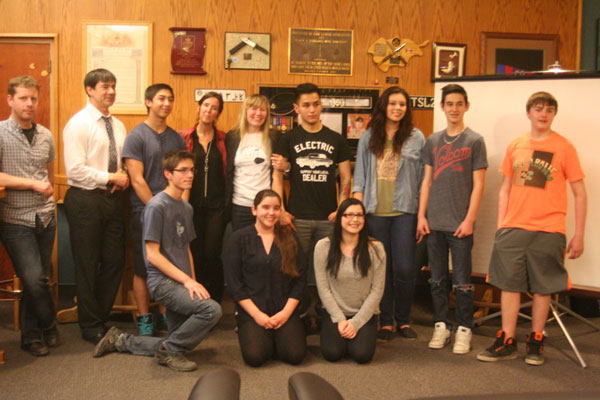 Shannon Louttit and Joel Pedersen intend to train a group of youth to run from Saskatoon to Batoche to honour Métis veterans.

"Together these events will help signify a new era for our country - an era where we can celebrate each other and honour our diversity," notes Shannon on the website, adding in conversation about her philosophy of honour running that it is about relationship. "Through the honouring of another we learn to honour ourselves."

Michelle Adamyk  and Nichole Kyplain, two of the original honour runners, said that they learned in 2010 how much farther they could run than they thought they could. It was an empowering experience as well as an honour to represent and honour the Métis veterans as they did the run to Batoche, and they are enthusiastic about sharing the experience with so many more.

The honour run's website contains the details and registration form  the first 80 youth to register will be selected for the free seven-week training with soldiers from the North Saskatchewan Regiment, Shannon, and her running partner Joel Pedersen of Fitness 2J2. No prior experience is necessary, and everyone of every background is welcomed to apply.