Spring means seeding time for Saskatchewan farmers and the case is no different for Thunderchild First Nation. The community, which owns 6,100 acres of farmland its leased to nearby farmers for decades, is now farming its own land. 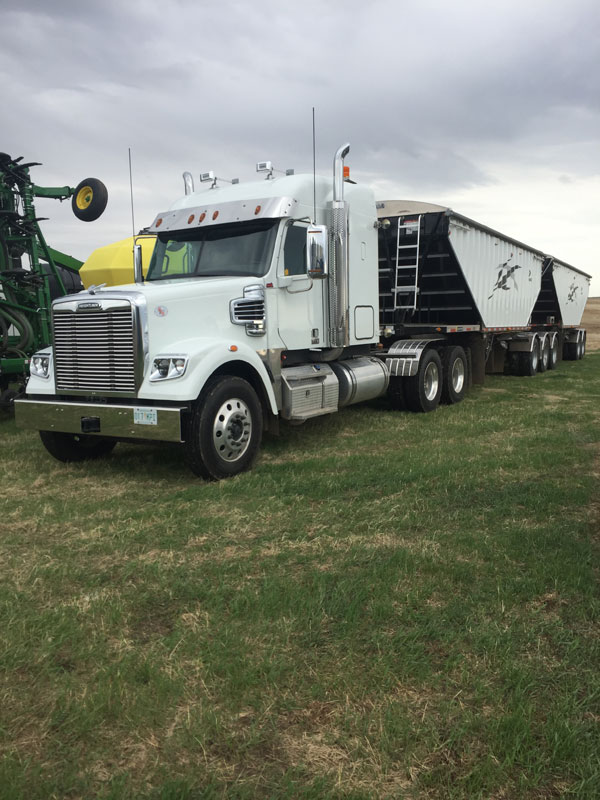 “In the past, it’s always been the Elders’ advice for Thunderchild to farm its own land,” said Linda Okanee, director of operations for TCFN. “The leadership has always had that in the back of their mind and the opportunity came about and decided to do that.”

Thunderchild bought the land from farmers with funds from the Treaty Land Entitlement agreement it signed with the federal government in 1992. When the cash-rent leases for the land expired in 2016, it seemed like the perfect time to take over.

According to Chief Delbert Wapass, the lease payments didn’t benefit TCFN as much as they did the farmers renting the land. He said the payments brought in $1 million annually, a low amount and ultimately a win-win for the farmers who didn’t have to pay taxes on the land.

“We’ve changed that reality,” Wapass said. “It’s employment for our people and it’s pride. You know, to see your own people stepping out of the John Deere tractor with eight wheels and coming down with a braid on their back … it’s like ‘Wow, this is a dream. This is a vision.’”

Thunder Farms will cultivate canola and wheat. Okanee sees the $8 million project as a positive not only for her community but also for the surrounding area.

Chief Wapass and his council didn’t take this project lightly. They developed a business feasibility plan with MNP and a risk management strategy through consultations with Western Ag and Parrish & Heimbecker, Limited.

TCFN has also invested in state-of-the-art equipment and hired a farmer from Alberta to help manage the farm in its first season. 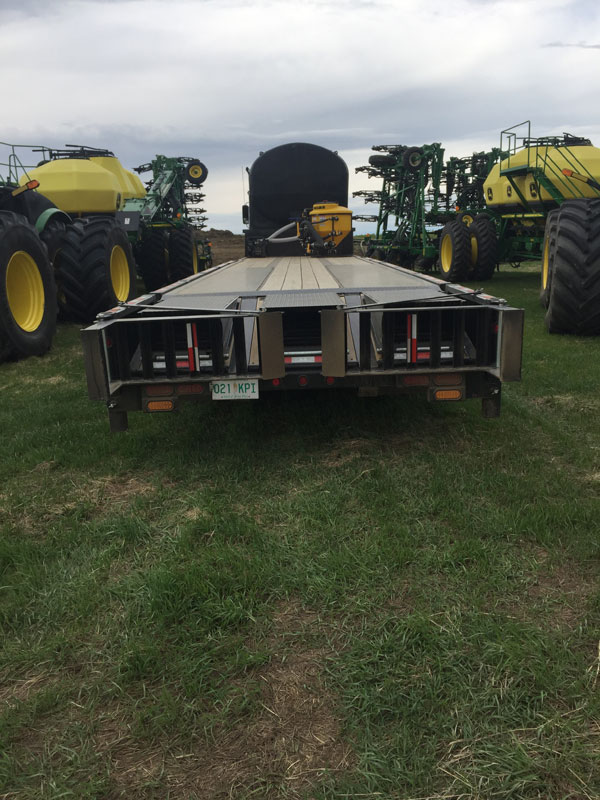 Thunder farms is in full operation this spring with state-of-the-art equipment that will cultivate canola and wheat on 6,100 acres surrounding the Thunderchild First Nation. Photo courtesy of Linda Okanee.

John Wozniak is from St. Paul-area in Alberta and has farmed for over 30 years. He’s also worked for Alberta Wheat Pool, AgriCore United and the United Farms of Alberta. Chief Wapass called him up and asked if he would consider getting things started at Thunder Farms this spring.

“It’s exciting for me because Thunderchild First Nation wants to succeed and I would like to see them succeed,” he said.

Right now, Wozniak leads a team of six people employed from the community. He’s teaching them to use equipment like the air-seeder and getting them used to the long hours. More employees will be hired in the fall for harvest.

“I know the challenge to get this done and it’s all timing,” Wozniak said. “We’ve got to work together to get it going, so.”

So far the only challenge on the land is the moisture due to a wet fall and wet spring.

Chief Wapass understands the risk associated with the business, but he can see the spinoffs.

“I expect the returns to be great although we understand how farming is,” he said.

Wapass said the farm is one of many ventures the First Nation is investing in right now. TCFN is also invested in oil and gas and owns a gas station in Saskatoon that he expects to receive reserve status in a few months.

“ one of these are revenue streams into the community to advance the economic position of Thunderchild,” he said.