The Wicihitowin Indigenous Engagement Conference was originally intended to conclude after four years, said conference organizers. Four being significant to representing the four stages of life, the four seasons. But after consulting with elders and knowledge keepers, Wicihitowin has been expanded into its fifth year.

Now, taking place October 16 and 17 in Saskatoon, this year’s conference has reached it’s highest attendance yet, with over 800 leading experts, community leaders, elders, and youth coming together to push for change in our government, institutions, and organizations. 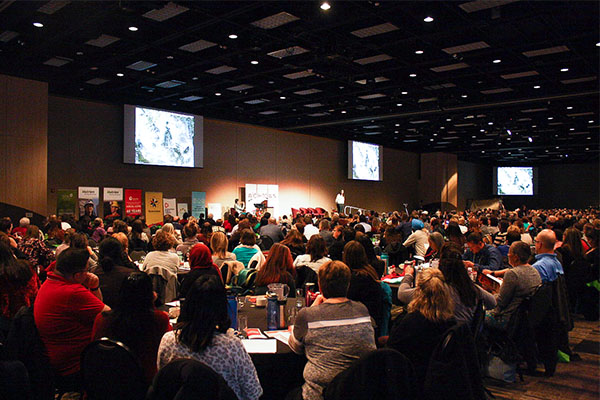 The theme of this year’s conference is ‘be a good person, try to lead a good life’, which honours the late Walter Linklater, a knowledge keeper whose teachings helped pave the path to reconciliation.

“His teachings seem so simple. He taught us to be kind to one another, respect one another, and try to live a good life. And he always spoke about the spiritual foundations in our traditional culture,” said traditional knowledge keeper Lyndon Linklater, son of Walter.

“It’s an honour to know his message is still being talked about. We are picking up where he left off,” he said.

The two-day conference focused on the Truth and Reconciliation Commission of Canada (TRC) Calls to Action, and how to address Indigenous engagement and inclusion issues. Linklater said that he’s beginning to see progress in his community, based on initiatives like Wicihitowin.

“What I’m personally witnessing is people picking those Calls to Action up. They’re not just talking, they’re doing things,” said Linklater, who cited examples like Indigenization of school curriculums, Orange Shirt Day, and cities in the province that fly Treaty, Metis, and Indigenous flags.

“Walter (Linklater) was all about changing the dynamics of Canada and making things better than they are right now,” he said. “We’re not meant to be in poverty to be in welfare. That’s not what our leaders had in mind when we entered into those treaties. There are Canadians who recognize that and are doing great work.”

This year, the conference featured a line-up of 50 keynote speakers and panelists from across Canada, including Dr. James Makokis and Anthony Johnson – Team Ahkameyimok – the 2019 winners of The Amazing Race Canada. 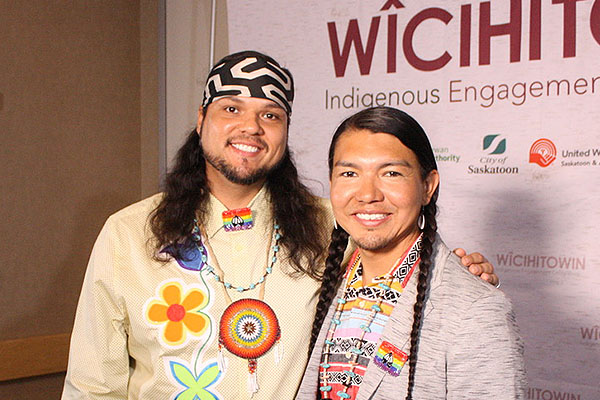 “I think (our goal at Wicihitowin) is to remind people about what Treaty is, and what was agreed to so many years ago. It’s a living thing and it’s something we all have to work to maintain,” Makokis told Eagle Feather News.

“Unfortunately, that hasn’t been taught very well to the average person, which is why we have so many issues around Indigenous socio-economic depression,” he said.

Makokis and Johnson, who were recently married, used their national television platform to bring attention to Two-Spirit people, as well as Indigenous people of all types. 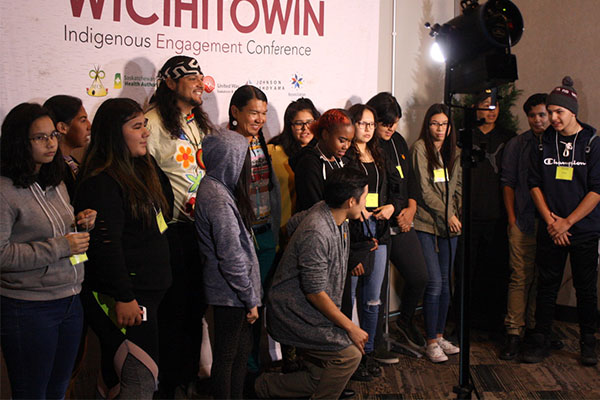 Makokis currently has a transgender health practice, where he is one of few physicians who provide medical replacement therapy. Both he and Johnson say they have been approached by countless people, thanking them for sharing who they are and what they stand for.

“Apparently we’re a lightning rod for hope,” said Johnson. “It’s an honour to meet people who were inspired by us.”