A hunter, fisherman, trapper and a world-champion dog musher shares his story 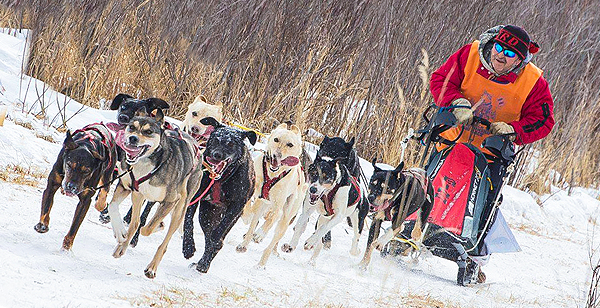 Tommy Bird last year at the Woodland Cree Gathering in Prince Albert doing what he loves. Forty years ago, there were 29 dog-sled teams in Southend, but now he is the only one. It has not deterred him because he loves the sport. Photo by Tommy Bird

Tommy Bird may be a commercial fisherman and business owner by trade, but for the past 40 years the world champion dog-musher has been keeping the tradition alive in the ever-changing north.

Born and raised in Southend, Saskatchewan located seven hours northeast of Saskatoon, he’s always ready to share stories about what the north looked like when he was young.

Growing up in a remote community at a time when houses were heated by a wood stove and had no running water, his people survived even the harshest winters.

Bird said trapping, fishing, and hunting not only help keep him connected to the land but to his roots.

His dogs also help him keep the old ways alive. 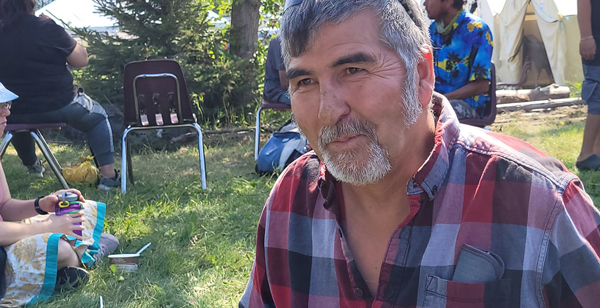 Bird spends many hours throughout the year caring for and training his dog team.

Like everything else in the north, even the landscape of dog mushing has changed, he said.

Bird recalled a time when the main event at winter festivals was dog mushing.

According to the University of Saskatchewan’s Indigenous Saskatchewan Encyclopedia, the use of snow mobiles replaced dog-sled teams in the 1960s.

But the tradition was not completely lost.

Bird said in the late 1980s and early 1990s there were 29 dog mushers with dog teams in Southend.

Competitions took him as far north as Anchorage, Alaska and down south to the mountains of Wyoming. 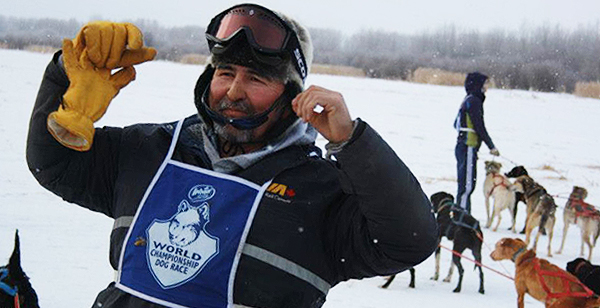 When Bird is not racing, he uses his dog mushing team for demonstrations and rides.

He says dog mushing takes a lot of time, money, and patience, which may be a deterrent to some.

Another explanation for the decline of dog mushing is the disappearance of the trapline lifestyle. Dogs were once essential for basic survival in the north because they were needed for travel and for hunting and trapping.

Bird appreciates how his parents and family members taught him, which usually took the form of stories told around a campfire.

Although the stories were entertaining, they were used to educate and prepare the next generation of trappers.

Often the stories were full of fine details such as the direction of the wind, descriptions of the landscape, what animals they had seen and how long it took to hunt, said Bird. 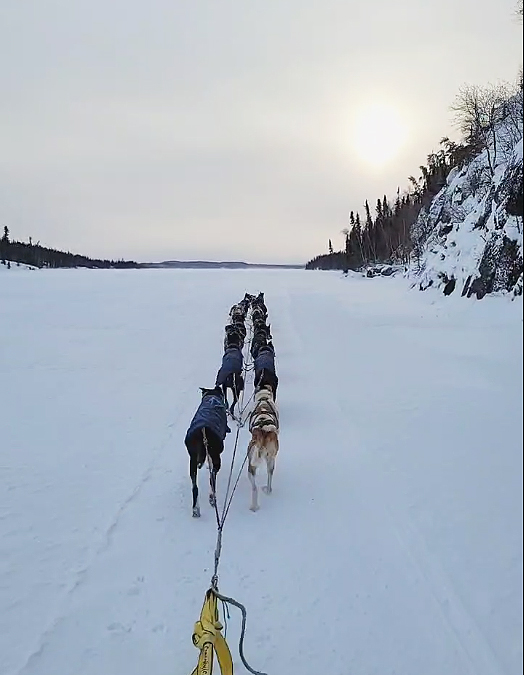 The view Tommy Bird has been enjoying for the past 40 years. All year, he cares and trains his dogs and, once the snowfalls, they go to work for the dog-musher. Photo by Tommy Bird

Within the stories, teachings were passed on.

Bird recalled a memory of his late brother and him trapping as children.

“We (would) go trap muskrat, weasels, squirrels and then we would order candies with those [furs] when we were kids,” he said.

Growing up in the north as a child was very different for Bird’s generation. He was given the proper knowledge of how to use the tools to work with when they were ready.

“As you’re growing up, you know, as you get a little older like nine or 10 years old, we were given a gun, a .22 (calibre rifle) and we’d go hunt chickens all day,” said Bird.

The community also functioned differently when he was young.

For example, people living in the camp were checked on regularly and when a hunter came back with meat it was shared, said Bird.

“If somebody got sick, there always was herbs and somebody in the camp would know how to mix it,” he said. “Then you look after that person.”

Times have changed over the years, but Bird chooses to keep the old ways of doing things alive, including the art of hide tanning.