Anyone can be an “ambassador for rez dogs,” advocate says 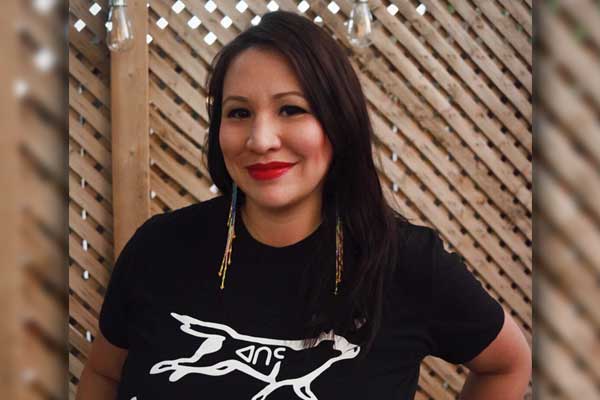 Teacher Leah Arcand was concerned about stray dogs that hung around the school at Thunderchild First Nation, so one of the fist things she did was to make animal welfare part of her students’ land-based program.

“There were always the regular dogs that show up at the school so, to role model positive relationships with dogs, we took care of the dogs by hanging out with them, sitting outside with them, making sure they have water, to help kids understand that dogs have basic needs that need to be met,” she said in a recent interview.

Arcand is a member of Muskeg Lake Cree Nation and is concerned that many First Nations have no animal control plans.

In 2016, while teaching at Thunderchild, she began using the hashtag #SaveRezDogs on her social media to rehome stray dogs. There were moments with sick and injured stray dogs that Arcand says were heartbreaking. She began helping them whenever she could by taking them to the vet at nearby North Battleford, going to shelters and finding homes for stray dogs through her social media. She used donations to buy dog food. Arcand did all of this as a hobby in her spare time.

After going on maternity leave, she continued receiving messages from people in Thunderchild, and from her reserve for help with the dogs in the communities, so she launched a Facebook page in August 2019. Save Rez Dogs is an initiative for First Nations communities. It advocates for more humane and progressive policies for animals on reserve and to educate people on pet ownership and free-roaming dogs. She would like to see communities do more for stray dogs than destroying them.

She also created a website www.saverezdogs.com where people and communities can find resources and animal control bylaws. She also sells merchandise and takes donations to help stray dogs and other organizations that are working on the ground to help stray animals in First Nations communities.

Arcand urges people to become ambassadors for stray dogs in their own communities.

“Anybody can be an ambassador for rez dogs,” she said. “It only takes one person, change really starts with one person ... we have to start speaking up for them.”

She also does presentations for all ages, from kindergarten and up. Before COVID began she did a presentation for vet students and first year teaching students at the University of Saskatchewan. She would like to have online presentations soon.

Arcand says she would like elected leadership to take animal welfare more seriously and to prioritize more progressive planning with animal control.

“To improve animal welfare in communities it has to start with the community,” said Arcand. “We have to collaboratively build a strategic plan to manage dog populations.”