Body painting is not a popular form of artistic expression in Saskatchewan, but artist Jayda Delorme and filmmaker Amber Maxie want to change that. 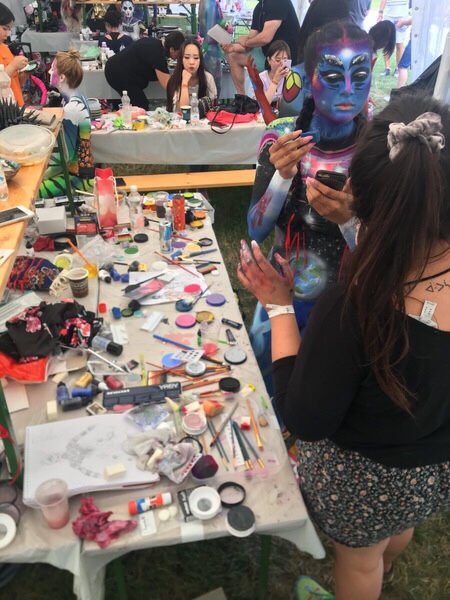 
The two women already knew each other through Maxie’s partner but got to know each other better when Maxie approached Delorme’s mother Chasity about doing a film on traditional Indigenous body painting. Since Delorme already had an interest in this form of art, she signed on.

As a way of better understanding this form of art, the two took a workshop together in November 2018 where they learned about body paint, how to airbrush, different styles, and textures,

“Once I got the opportunity to learn about body painting and the traditional aspects of it, I loved it. I was always practicing on myself and on my friends,” said Delorme.

Maxie was doing research on body painting and the World Body Painting Festival in Austria came up in the television show she was watching. 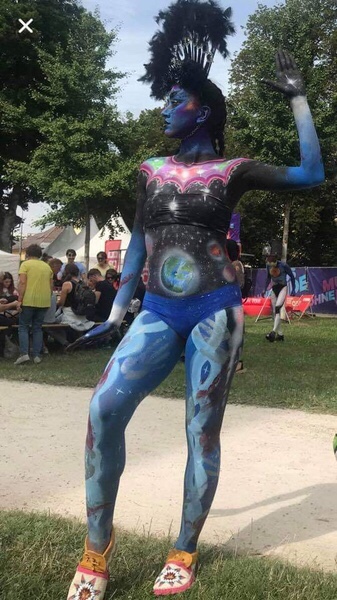 At this point, some of her film was done so Maxie researched the festival a bit more. She then contacted the organizers through World Body Painting Productions. They got an invitation for the artists to come to the festival and for Maxie to film a documentary there.

Maxie then approached the several people participating in her film about the opportunity and three of them went.

They flew to Austria for the World Body Painting Festival on July 11 to 13.

Delorme competed in the amateur category against 50 other people.

Through her piece, which she got six hours to compete, Delorme wanted to showcase her culture.

“I added the sky woman creation story into my piece. I also added ribbon into her hair to represent missing and murdered Indigenous women,” said Delorme. “I wanted to really educate others while I was there. I had people come up to me and ask me what my piece means. That’s the way I got to educate them by sharing my description of the art and the story of it.”

Upon completion of the piece, the model would then walk the catwalk in front of the judges and do a photoshoot.

The judges liked Delorme’s piece and she placed 24th in the festival.

“Even though it was an amateur category these were people who had been doing it for years. They have been involved in body painting festivals and competitions for years. This was her first one so she placed quite well,” said Maxie.

One of this year’s judges was Craig Tracy from Skin Wars who is one of Delorme’s idols. Although nothing is official, Delorme might have the opportunity to fly down to New Orleans in the future and work with him. 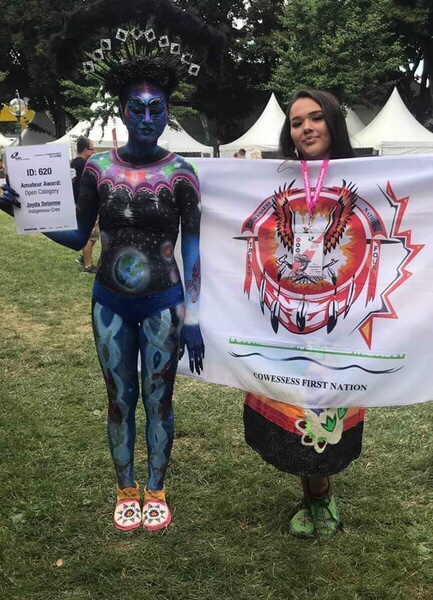 “To see an artist like Jayda who is so young … walk the stage in front of thousands of people and present their work, I was so proud … because I understood how hard Jayda worked,” said Maxie.

Delorme is thankful to Maxie for making this dream a reality.

“I am grateful to Amber Maxie in making this possible through her vision of creating the ‘Where We Stand’ project ‘Indigenous Body Painting.’ This project has allowed me to express my art and indigeneity in the most increasable artistic way,” said Delorme.