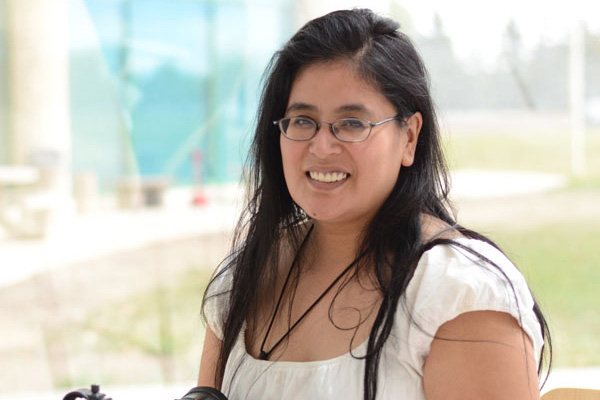 People in the arts community are mourning the loss of a well-known award-winning filmmaker. Trudy Stewart from the Flying Dust First Nation passed away suddenly on Saturday, September 28, 2019 at the age of 46 years. Details of her passing are not known at the moment but people close to her are more focused on the kind of person Stewart was.

Her best friend Janine Windolph was like a sister to her and they did everything together. They created award-winning documentaries which were featured at festivals and screenings around the world.

“The things that keep playing in my mind are hanging out being friends because we worked so long together and our world was so much about our work and community,” said Windolph. “I don’t even know if she understood the impact she had on everybody because she was such a gentle soul.”

Some of those she impacted were saddened to learn the loss of a fellow mentor in the film industry. Filmmaker Chris Tyrone Ross said the arts and film community lost one of the kindest souls that they will ever know.

“There was a beautiful vibe about her that always put you in a place of calmness,” he said. “It was that calmness that made her a great storyteller, because everything she did, she did with an open heart. But her story doesn’t end here, it will continue on through her children, her films and those she impacted. I will truly miss my friend.”

Candy Fox is another accomplished filmmaker and first got to know Stewart through the Mispon Film Festival. She remembers her friend as being so generous in her words of encouragement towards her and her work.

“She always made an effort to connect with me and other filmmakers she knew,” said Fox. “And now that I look at it, she was building community for Indigenous filmmakers like myself and that created a sense of belonging.”

Gordon Pepper, the Executive Director of Saskatchewan Film Pool Cooperative, commented on the loss of their fellow colleague.

“Trudy was an incredible person and so supportive to fellow filmmakers and to the film pool,” he stated. “We will miss her dearly.”

With a long list of accomplishments, Stewart and Windolph worked together at the Indigenous filmmaking festival, Mispon. Later on, they became involved in gathering statements for the Truth and Reconciliation Commission of Canada. Through the stories they heard about the Regina Indian Industrial School (RIIS) which was located outside of Regina on Pinkie Road, the duo created the RIIS Media Project to raise awareness about the history of the school and cemetery where they co-directed and co-produced a documentary called RIIS from Amnesia: Recovering the Lost Legacies.

The RIIS Commemorative Association was born when they sought heritage status for the site. It had finally received heritage status from the City of Regina and one year later the province in 2017.

Before she passed, Stewart was working as a film programmer for imagineNATIVE.

Stewart is survived by her children, Joshua and Cali Stewart, their father Robin Stewart and his mother, Karin Stewart, Trudy’s parents, Cliff and Bev Clampitt and her sister Jaime Hayes and her family.