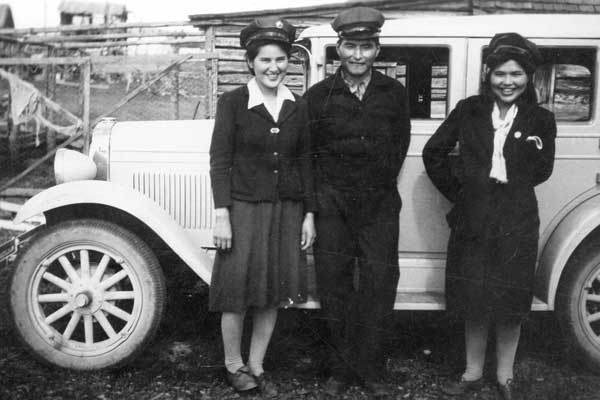 A comment by Paul Seeseequasis’ mother inspired him to undertake a project that has led to a popular photography book that’s been nominated for four Saskatchewan Book Awards.

His mother, Mary Seeseequasis, who is a residential school survivor, once told him there were not enough positive stories of the resilience and strength that has held Indigenous families together through difficult times.

“That inspired me to look for the photographic evidence,” said Seesequasis.

“I'm looking for those positive images,” he said, “images of strength, of people at work, of children playing, of people having fun. Something that’s outside of what we read so much in mainstream media of the tragic and negative stuff.”

In 2015, he began posting museum and archive images on social media under the title Indigenous Archival Photo Project. Soon people started sending him their own pictures.

As the project gained followers, readers identified individuals in the photos and shared their stories.

He has posted more than 1000 photos and most of the people and communities in them have been identified.

For the book, he selected stories from the online project for further research and interviews with the individuals and photographers to develop their stories further.

“Part of it is also ensuring that those photos come home to the community and to the families,” he said.

The book weaves a narrative and contributes to the history of families and communities.

“The photos paid tribute to the generation that went through residential school, the pass system and all the difficulties of that time but kept culture, language and kinship together. If it wasn’t for that we wouldn’t have the resurgence of language and culture that we have today,” he said.

The book awards were supposed to be announced online on May 28 but were postponed because of technical difficulties, he said.

Seesequasis plans to continue his cross-country photo exhibition when travel restrictions are lifted.