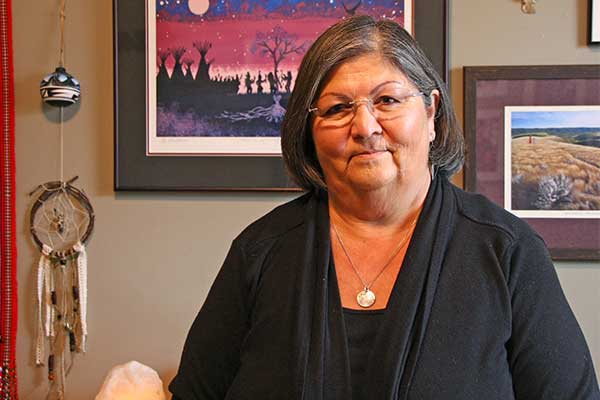 This time last year, City of Regina diversity and inclusion consultant Debbie Brotheridge was busy preparing for National Indigenous Peoples Day. Now that she has retired, she is looking forward to attending this year’s events as a guest.

Brotheridge started working at the City in 2012 in a talent management position, but soon found herself taking on more diversity-related work in addition to her regular duties.

“I was doing a lot of recruiting and I asked the question, ‘so, what do you guys do for diversity?...’ for National Aboriginal Day?’” she said.

“They said, ‘Well, maybe you could help us with that. So I started doing diversity off the side of my desk, and it didn’t feel like I had enough time to dedicate to it.”

After a reorganization left Brotheridge with even less time to devote to diversity and inclusion work, she advocated for a dedicated diversity position, and moved into that role full-time in 2016.

“Initially, people were asking me ‘what are you going to do in this role?’ “Brotheridge said. “‘There’s not going to be enough to keep you busy.’ Well, there was plenty to keep me busy and I knew there would be.”

“In the three short weeks [since Brotheridge’s retirement] we have directly felt her absence,” Cardinal said. “We miss her enormously – we wish we could clone her. We’re really missing her leadership, because she’s a very personable person. She’s very vibrant. She’s got a great sense of humour, and a lot of energy and a lot of passion about Indigenous people.”

As diversity and inclusion consultant, Brotheridge established a diversity committee, started the Aboriginal City Employees (ACE) resource group and worked on developing a diversity strategy. She also kept statistics on the number of female, Indigenous, disabled and visible minority employees working for the City.

Looking back on her years with the city, Brotheridge said she is especially proud of her work on the reconciliation wall, an educational installation about Truth and Reconciliation unveiled at Regina’s City Hall in October.

“It was almost overwhelming at the turnout of people that showed up for [the unveiling],” she said. “And while it was my initial idea, it certainly was not just my work – it was a whole committee’s work – but it felt really good to know that there was something that was going to be out there for people to see, and not let them forget and give them something to talk about.”

Brotheridge’s husband will also retire at the end of March, and the couple is looking forward to their next steps.

“We’ll load up the camper and head down to the east coast, then probably down the eastern seaboard and all the way around to Palm Springs in California, and we’ll be snowbirds after that,” Brotheridge said. “And while we’re here, I hope to do some volunteer work with the Métis Nation.”