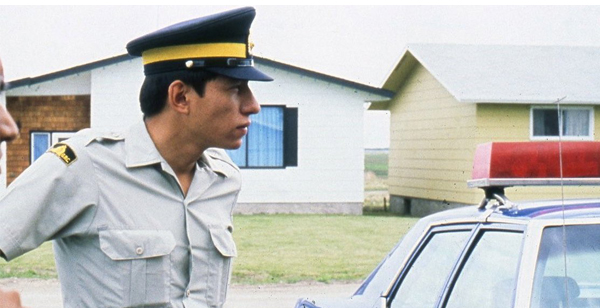 Critically acclaimed Cree journalist Connie Walker has told many stories, but this time around, she gets personal and shares a little bit about her own journey, including her latest project.

Originally from the Okanese First Nation, she says her media career all started in 1998 when she was in the Indigenous Communication Arts (INCA) program at the First Nations University of Canada (FNUniv).

Before the program was over, Walker was offered a job with CBC, where she worked for more than 20 years.

She has dedicated her time to giving the news an Indigenous perspective and pushed to cover the story of Missing and Murdered Indigenous Women (MMIW). In 2016, she combined her storytelling skills with her passion for MMIW awareness and delved into the world of podcasting.

Walker hosted two successful seasons of CBC’s Missing & Murdered before joining Gimlet Media, for her new podcast series Stolen. The second season of Stolen is titled Surviving St. Michael’s, which hits close to home for her. Walker takes listeners on an emotional journey of discovery as she learns more about her father’s side of the family and their experience in Residential School.

Until recently, Walker knew very little about her father’s time at St. Michael’s, but he shared stories with her siblings. “I never spoke with my dad about his experiences at Residential School, but my relationship … was affected by my memories of him as a kid,” said Walker.

The years he spent there had a negative influence on him; he turned to alcohol and would often become violent, she said. After her parents separated when she was seven, Walker didn’t see him again until she was 14.

Following the 2021 revelation of the unmarked graves at the Kamloops Indian Residential School, Walker’s brother shared a story about their father Howard Cameron on Facebook.

It was one she never heard before. When their father was a RCMP officer in the 1970s, he pulled over a suspected drunk driver, who turned out to be the priest who abused him in Residential School.

Walker said her dad and all 15 of his siblings attended the Residential School located in Duck Lake. Cameron died in 2013, long before Walker could talk to him about the incident or about his experience at the school.

In his absence, she interviewed family members to find out more about her dad’s experience.

“I’ve been blown away by all the support of my family,” said Walker. “It’s a very sensitive and personal story … they’ve been incredibly generous.”

She admits it’s emotionally difficult to hear what students endured in Residential School, but even more so when the stories come from family members.

Walker said “time is running out … for us to be able to learn the truth” and have the students’ stories told. She lost two uncles in the past year, so she knows how critical it is to document this history.

Walker hopes the podcast will help other survivors come forward to seek justice.

Betty Ann Adam, a contract reporter for the podcast and former journalist for The Saskatoon StarPhoenix, has worked on the project since September.

She said although the public is aware of the issues, such as MMIW and Residential Schools through media coverage, Walker’s dedication to telling individual stories and finding the truth sets her apart from others because they are told on a personal level.

“It’s fascinating and exciting to be working with such an accomplished team, especially led by (Walker) … she’s a great investigative journalist,” Adam said.

The new eight-episode season of Stolen debuted on May 17 and is found exclusively on Spotify.