The school year may be over, but there are plenty of ways this summer to continue to exercise your mind as well as your body. Here are a handful of culture camps around Saskatchewan that provide the opportunity to learn new skills, engage with culture, and just spend some quality time outdoors. 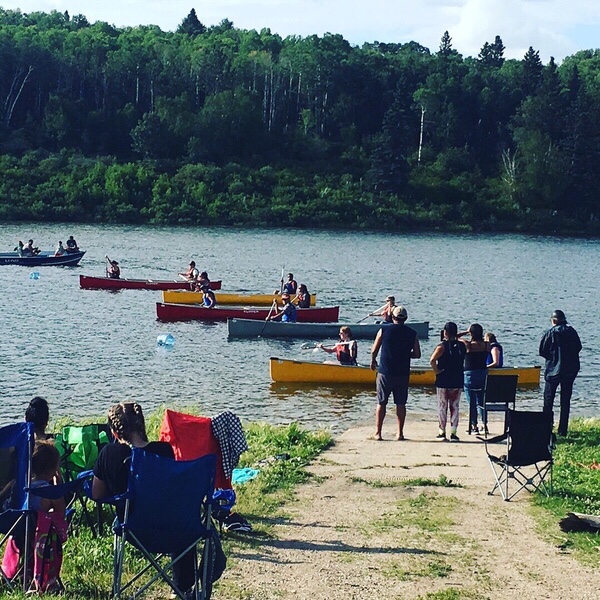 Culture camps offer a great opportunity for kids to get outside and be active while learning about their culture. Photo supplied

With camps offered year-round, Kaniyasihk is one of Saskatchewan's premiere Cree-based learning centres. All of their staff are fluent in Cree, and will provide an immersive Cree experiences where one can learn language on the land. Campers may learn how to fillet fish, cut and preserve meat, as well as learn basic first aid, wilderness first aid, and paddling.

The camp has been around for 16 years, and was started as a way to get kids reacquainted with land, as well as encourage healthy lifestyles.

“We have a lot of diabetes on the rise in our communities, and obscenity rates are high, so we're trying to get people moving a little bit, and also give them life skills and connect with elders,” said Kevin Lewis, founder of Kaniyasihk.

This year, following their water-based camp, Kaniyasihk is offering a drama-themed camp, where they will bring in Metis actors to teach the youth drama and acting techniques. The idea is to develop young actors and encourage Cree, said Lewis.

“I want to create a couple of Youtubers. It would be cool if a few of them created a little following on Youtube and showed that Cree or other Indigenous languages are cool.” 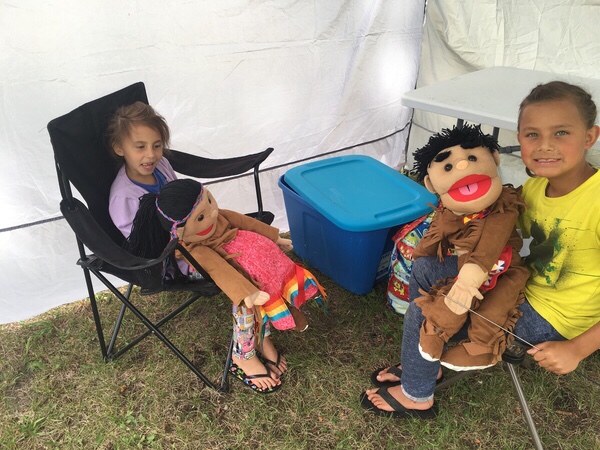 Play and performance are great ways to learn about one’s culture and traditions. Photo supplied

Yellow Quill First Nation allows people of all ages to reacquaint themselves with Saulteaux heritage and traditions. The camp, which will take place August 19 – 22 in Corman Park (on Yellow Quill land), features contests, bannock making, lessons in tipis, pipe ceremonies, and a sweat for the men.

The camp also focuses on providing informational programming, with several speakers who come out to talk about issues like prevention or identity.

“We want the kids to learn about their culture and ask questions. It's about the Saulteaux culture and language, so they're able to really learn their language. We are trying to teach them respect and honesty, and talk to them about things like bullying,” said Rose Campo, camp programmer. “A lot of the kids don't know where they come from, they have lost their identity and don't know their language. So the camp gives them a chance to meet other relatives and talk with elders.”

The Core Neighbourhood You Co-op (CNYC) is an inner-city program for youth in Saskatoon where they can earn academic credits as well as develop life skills. The CNYC Summer Camp, taking place August 23 – 25, is designed to give kids the opportunity to get out of the city and experience spending time in the outdoors. Participants will be taken on hikes, canoe, play games, and learn essential camping skills.

“We want to take them somewhere where they've not had the opportunity to go,” said CNYC Executive Director Marcel Petit.

“It's about getting them out of their own selves for little while and showing them more than street-life and sirens.”

Petit said because so many of the CNYC youth rarely have the opportunity to truly get away, he hopes they connect in a new way with the land.

“We want them to appreciate the land, and the north,” he said. “Hopefully it will lead to a little openness for them in showing them what's out there, so they will be able to open their brains.” 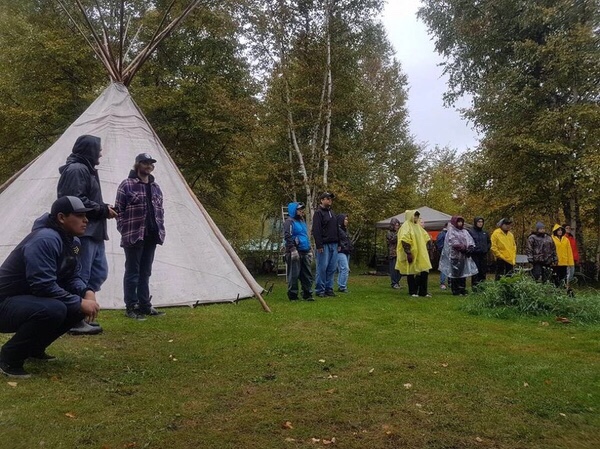 Rain or shine, being outside in the summer is a great way to connect with others and traditions of the past. Photo supplied

“Children, students, and learners need to experience this verb action orientated rhythm of the language and its connection to land. It's a part of our identity.”

The camp is one of the most popular in Saskatchewan, typically selling out weeks beforehand. Teachers at the camp share their talents in singing, drum-making, beading, birch bark biting, basket weaving, and acting.