The United Nations Educational, Scientific and Cultural Organization (UNESCO) has dubbed the Metis language Michif an endangered language, but the Greater Saskatoon Catholic School Division and Central Urban Métis Federation Incorporated (CUMFI) have partnered together to try and combat this.

CUMFI and the Greater Saskatoon Catholic School Division partnered together around 2005 and discussed how to incorporate Metis culture, language and history at St. Michael as there was declining numbers and they were looking at options to revitalize the school. 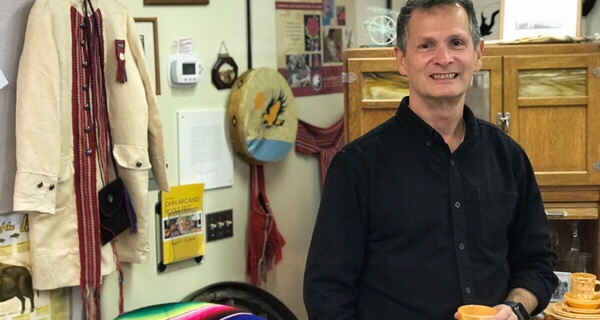 In fall of 2015, the Metis Education Program was implemented. When that contract ran out April of 2016, the two signed a new educational alliance agreement and language became a priority.

“When they established that goal of a Metis education program, the talk was always about language revitalization and retention,” said Cort Dogniez, Metis Education Program Leader for Greater Saskatoon Catholic Schools.

It had always been a priority of CUMFI to have this sort of program in schools.

“It is very important to have Metis history and culture taught in the schools and it was a priority of ours. We had an opportunity for some funding we started with hiring a Metis culture and history knowledge keeper,” said Shirley Isbister, President of CUMFI

On June 24, the Greater Saskatoon Catholic Schools Board of Trustees approved development and establishment of a core Metis language program at the school. Up until this point, there was Metis Mondays at St. Michael and the actual Metis Education Program went from Kindergarten to grade 3.

Up until this point, it has been an informal program but with this new approval it can become an official program.

“Now that we have approval for this core Metis language program, we can be much more deliberate about it,” said Dogniez. “We’ll have staff support and we’ll have opportunity to build those resources to work in partnership with other organizations like Gabriel Dumont Institute and Saskatchewan Urban Native Teachers Education Program. We’ll look for partners and community members that can support us as we try to work at revitalization and retention of the metis language”

The program had previously worked with students in kindergarten to grade three for 100 minutes a week to establish core Michif language. Under this new program students from grade four to eight will now have a support teacher for Metis education starting in September.

Dogniez and Isbister hope this leads to the school becoming formally bilingual. Isbister estimates that could take five to six year as they must ensure they have the properly licensed teachers for the classes.

“The challenge that everybody has is that because there are so few resources, and Metis speakers, there is the challenge of getting metis into the school,” said Dogniez. “So, to get to having a Metis bilingual school, it’s really daunting. We needed a first step and so that's why we decided we would focus on a core Metis language program with the idea of building until we got to that point where we could have a metis bilingual school.”

Since the announcement in June, they have already had people reaching out to help where they can.