Decolonizing the holidays with a winter solstice ceremony 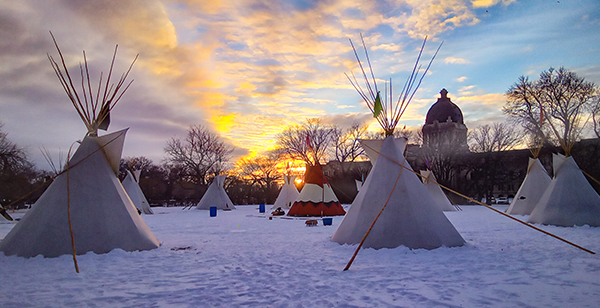 Despite the frigid temperatures, 13 teepees were set up on the grounds of the Saskatchewan Legislature to mark the winter solstice.

“This is our New Year (celebration),” said Joely BigEagle-Kequahtooway co-founder of the Buffalo People’s Art Institute and organizer of the outdoor event.

The first winter solstice ceremony was held indoors, but doing that again was not possible.

So, instead small groups gathered in individual teepees and simultaneously hosted a pipe ceremony and feast.

BigEagle-Kequahtooway said reviving old traditions is all part of decolonization. It was a way to celebrate the end of the year and welcome a new one with prayers, and to create a safe space, especially for the women, to bring out their ceremonial items. 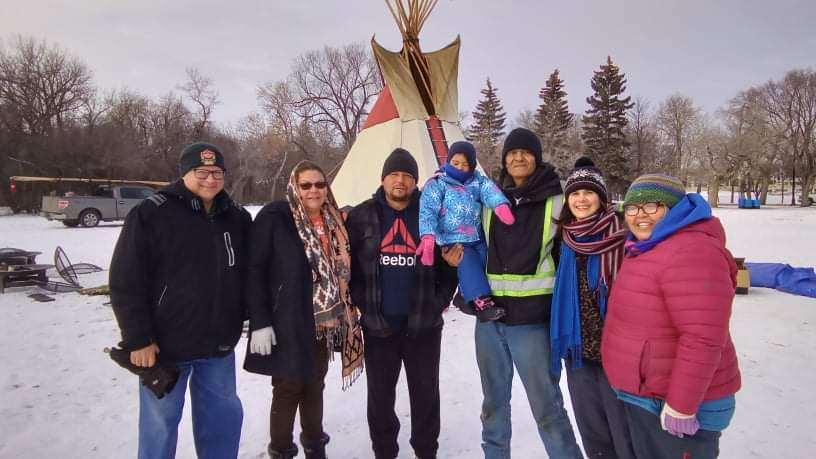 “I know there are some women who are still feeling the effects of residential school and intergenerational trauma,” she said. “This was an opportunity to say,...'You have this sacred pipe and we have this tobacco to offer to you to lift your pipe.’”

BigEagle-Kequahtooway explained the summer solstice and the winter solstice have always been very significant to Indigenous people.

“There is this energy, you can’t see it, but it’s there,” she said.

The pipe carriers were asked specifically to pray for the children.

The teepee village was set up on the very spot the Justice for Our Stolen Children Camp occupied for 200 days and where Tristen Durocher fasted to raise awareness about youth suicide. 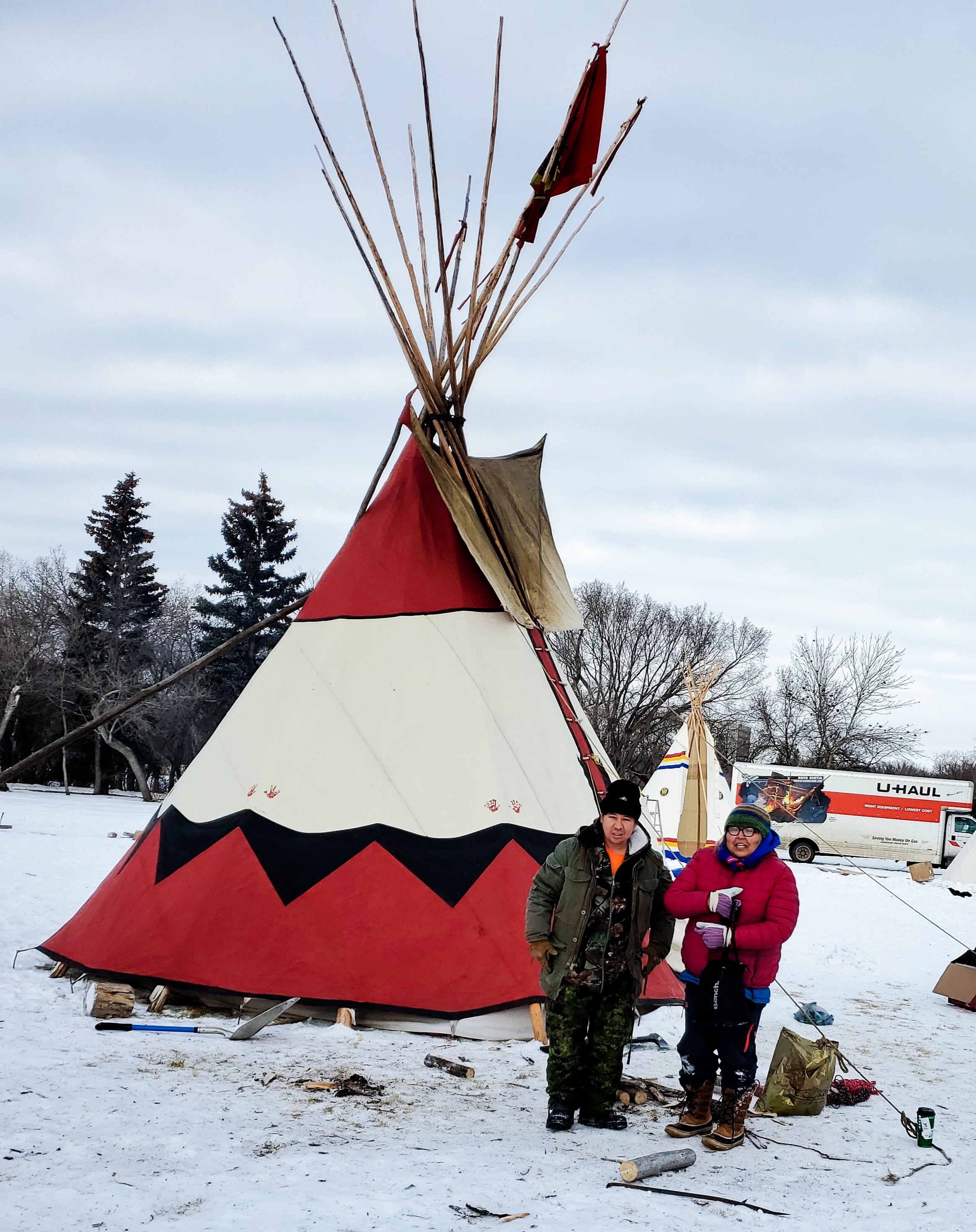 BigEagle-Kequahtooway believes the site's history makes it a sacred space and that's why she chose it.

“The work that I do is to always think of the youth and those who are wanting to know what their identity is,” she said. “This gathering is a creation of a brotherhood and sisterhood to protect the youth.”

The cold didn't deter people from the community and neighbouring First Nations from attending such as Marcel Heichert, an Afghanistan war veteran.

The night prior to the ceremony he provided security and fire watch duty for the teepee village.

“It was good,” Heichert said about the experience. “We had a lot of people come out in the evening to check it out.”

Previously, he participated in the indoor winter solstice ceremony, but preferred the outdoor one because it felt more special. 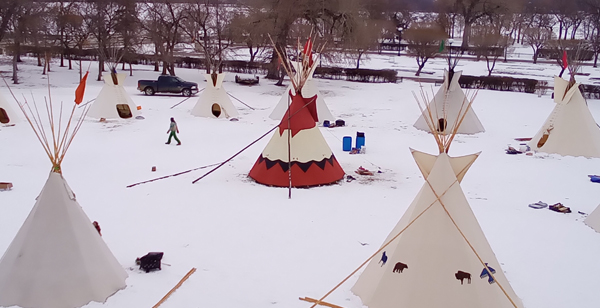 Although the province was not involved, Regina Mayor Sandra Masters attended.
“She supported this in terms of a letter for the Canada Council grant and she supported it by honouring her commitment to host a pipe ceremony (during her term every December),” said BigEagle-Kequahtooway. “The City of Regina (also) set up a teepee as part of that commitment.”

The plan moving forward is to continue the winter solstice ceremony at the same site next year.