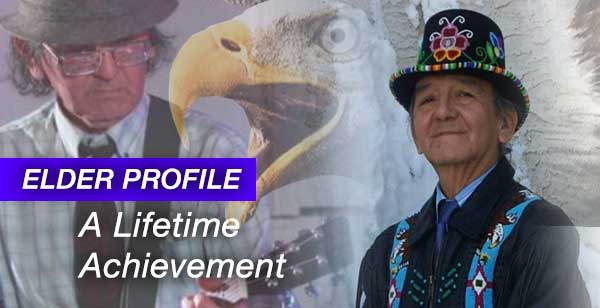 Life-long musician, actor, and entertainer Erroll Kinistino, 70, refuses to let anything slow him down.

The member of Ochapowace First Nation is most known for his roles on television series’ North of 60 and Corner Gas. A near death experience made Kinistino even more determined to live life to the fullest, which includes pursuing more acting roles.

In November of 2020, he contracted COVID-19, which exacerbated his diabetes condition and was hospitalized for over a month, with barely the lung capacity to sing or even speak.

“I was pretty close to not making it,” he said. “I used to sing daily, but while I was sick, my lung capacity got really bad. I could barely get up and walk to the window.”

Kinistino relied on his love of music during his recovery. Singing one verse in his hospital bed eventually progressed to singing to an entire song. It wasn’t long before the consummate entertainer was belting out several tunes for the nursing staff.

“To me, music is therapy,” said Kinistino. “It gave me happiness while I was sick. It gave me a second chance. COVID couldn’t suppress my love for the arts, my love for music.”

Kinistino has had a long love affair with the arts. He traces it back to his youth, with some of his earliest memories being his parents taking him to powwows. He said the music resonated deeply within him.

“I was drawn to the drum,” he said. “There was something about it that said, ‘Wow, you are a native. You are an Indian.’ ”

Throughout high school and university, Kinistino immersed himself in both music and dance. It was also when he began cultivating his vocal talents, and developing a love for performing.

The love of performing for an audience led to work on the stage and eventually found his way onto television.

Kinistino auditioned for the CBC mini-series, Conspiracy of Silence and was disappointed when he didn’t land the role.

Little did he know his big break was just around the corner. Kinistino’s outgoing nature and willingness to try new things is perhaps one of his biggest assets to have especially in the entertainment industry.

“North of 60 was doing auditions and looking for kids,” he said. “I wasn’t planning on auditioning, I was just going to drive a van full of kids to the audition. They asked me to audition anyways.” Kinistino got the part, and the rest is television history.

Kinistino played ‘Leon Deela’, which initially presented a challenge because the character was an alcoholic. He wanted to play the character devoid of the typical cliches and stereotypes often applied to Indigenous people.

Kinistino says alcoholism is an illness many people have to deal with, so it was important for him to not play into stereotypes.   “So I played the character with dignity, instead of an over abundance of craziness,” said Kinistino.

A few years after North of 60 ended, Kinistino landed a recurring role on Corner Gas – an experience he loved.

After the show ended, Kinistino returned to his first love – music.

He along with his partner Josie Linka started a band called the Dog River Band.

Linka said Kinistino not only has an inexhaustible love for the arts, but also for connecting with those around him.

“He’s such a personable person,” said Linka. “When he’s in public, people come up to him and want photos. He’s always graceful and approachable. He always starts talking to people like they’re friends, asking about their family.”

One of those people he has connected with is Shannon McNabb who performs under the name Shannon Rae.

She said Kinistino has been very influential in helping to shape her as an artist. He has mentored her and given her advice when it comes to stage performance as well as guitar playing and song writing.

Kinstino’s music spans over a multiple of genres from blues, folk and country,” said McNabb. “(He) has been my biggest encourager. He even travelled with me down to Nashville.”

She appreciates all that he’s done and shared with her to help her grow as an artist. 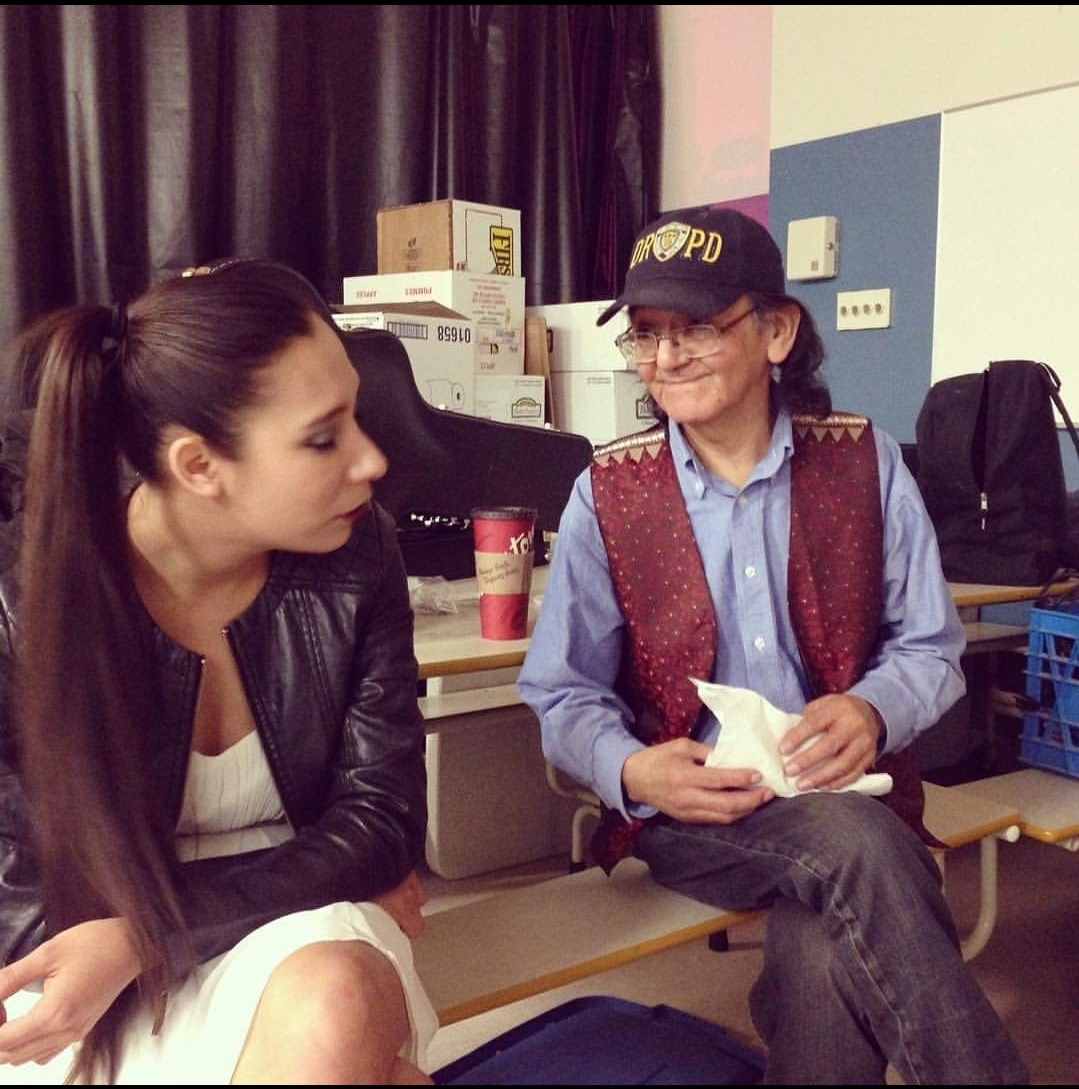 Kinistino continues to be as ambitious as ever: he and the Dog River Band are playing on the main-stage at this year’s Ness Creek Music Festival.

He also has his eyes set on another Indigenous-led TV series. “I want to go to Oklahoma and be on the set of Reservation Dogs. That show is finally hitting the humour that Native people have. They get who we are,” said Kinistino.

“They’ve inspired me as an artist. I want to be a part of it,” he said. “Even if it’s just a small, walk-on part. I could be a Mushum sitting in the bush.”