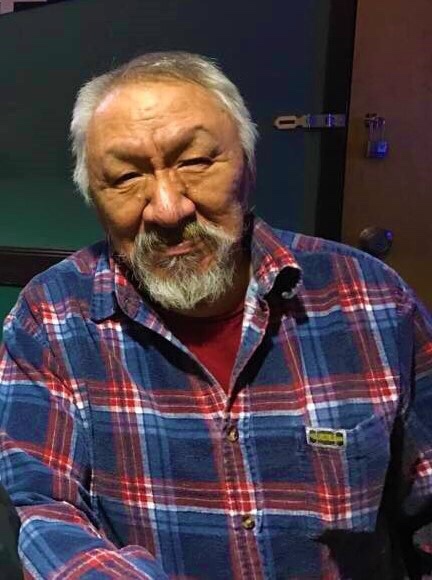 Sixty-five years ago, three-year-old Allie Salluviniq’s life changed forever when he and his family were relocated from Northern Quebec to the High Arctic.

“I only remember bits and pieces but after we had landed in Resolute (Bay), later on when winter was coming, Mom would tell us kids to stay in bed when we woke up as it was so cold in the tent,” Salluviniq said.

“We were also hungry a lot of the times and our Dads would sneak to RCAF (Royal Canadian Air Force) dump to scrounge for food. We weren’t allowed to be there by RCMP,” Salluviniq said.

In 1953, the Government of Canada relocated seven families by ship from Inukjuak, Quebec to Grise Fiord on Ellesmere Island and 193 kilometers away at Resolute Bay on Cornwallis Island, a place known by Inuit as Qausuittuq, which means “place that never dawns.”

The Government told the families there would be better hunting in the new location.

However, in a 2016 research paper, Errors Exposed: Inuit Relocations to the High Arctic, 1953- 1960, Shelagh D. Grant found that the Canadian government wanted people on the land to claim sovereignty and prevent the United States from claiming it.

Salluviniq’s family was shocked by their first winter in the Arctic as they did not expect the harsh dark winters. Average temperatures during winter months in the High Arctic can range from -35 to -50 degrees.

They were promised a return back to Inukjuak after two years. But it took until 1988 for some of the survivors to be taken home.

It was a happy and sad occasion for families because some never saw their home again.

Those who remain have adapted to their home.

“We are blessed with all the animals up here, seals, walrus, narwhal, beluga, char, duck, of all sorts, and jobs and most people don't go hungry compared to other communities,” Salluviniq said.

He is married to a “wonderful woman” from Pond Inlet, Nunavut. But the isolation of such a remote community still create hardships. A four litre jug of milk costs $20 and a steak costs $50. Salluviniq would also like to visit family at Inukjuak, but a return flight is $8,000.00.