A young woman from the Star Blanket Cree Nation was crowned princess at this year’s First Nations University of Canada (FNUniv) annual powwow celebration in Regina. 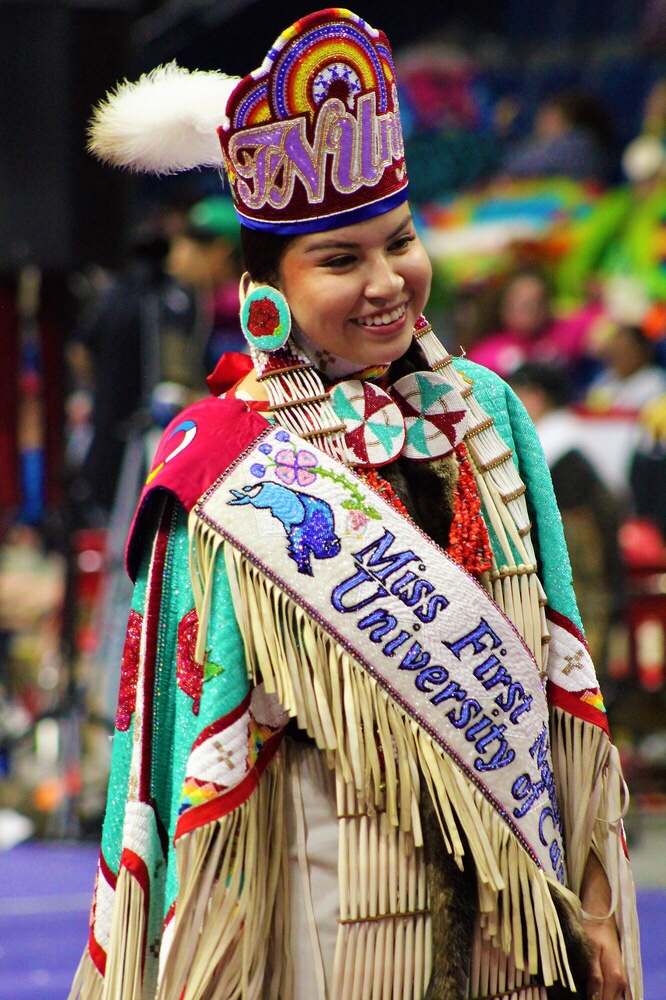 Kaleigh Starblanket smiled as she walked in her first grand entry as FNUniv Princess. Photo by Jeanelle Mandes

Kaleigh Starblanket, 20, is a second-year university student studying business administration at FNUniv. When she heard her name being called as this year’s FNUniv Princess, she was in shock as she didn’t expect the recent win the title.

“I’m really happy and excited for the new year. I’m excited to travel and meet new people,” she said. “Ultimately, I thought it would be a good challenge for myself as I have the fear of talking because I was ashamed of my voice and my speech impediment…I wanted to run because I thought it was important for my family. My grandparents that passed on, they were all-natural leaders and I felt it was important to fill my role.”

Starblanket lost her grandfather last week, Noel Starblanket, who was a well-known respected elder and leader. Although she was still in grief, she was encouraged to continue running for the pageant knowing the spirit of her late grandfather was with her.

“When I did my speech, I kept thinking ‘I’m not going to cry and break down because I’m strong.’ I had my Starblanket family there and I’m really glad I pulled it together,” she said. “It was really challenging these past couple of weeks to focus on school and prepare for the pageant. It was a hard week for me and my family. I’m overwhelmed with emotion and I still feel the grief. I have my first role as a leader but looking back at my grandparents’ role, I just like I had big shoes to fill. In a way, I’m still coping but I’m also overjoyed.” 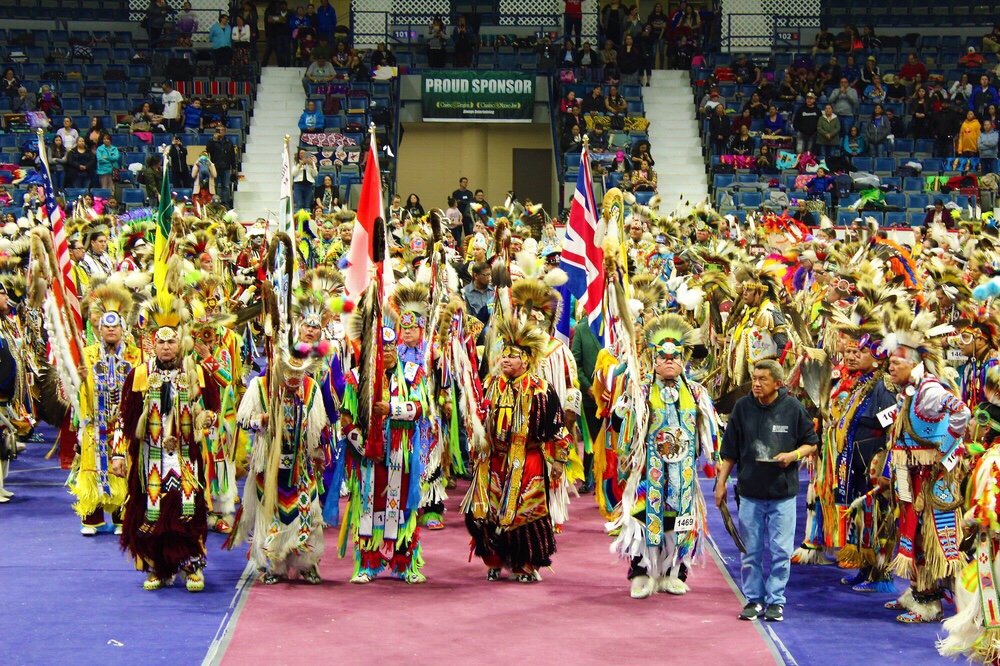 Even the Chair of the FNUniv Powwow Committee had a joyous feeling from seeing another successful year of a good powwow celebration.

“I’ve been noticing a lot of non-Indigenous community wanting to be a part of the powwow,” said Richard Missens, who has been the Chair of the FNUniv Powwow Committee for 15 years. “I got a call from one of the mosque’s in the Muslim community. We invited them to be a part of our grand entry. I think what’s part of that too is wanting to share and celebrate our Indigenous identity. This year, we had a tremendously diverse audience.”

Missens said there were 20 drum groups that registered, over 690 dancers and 45 vendors which is one of their biggest numbers. This year marked 41 years since the FNUniv powwow was created.