FSIN to build on Kahkewistahaw land in Saskatoon 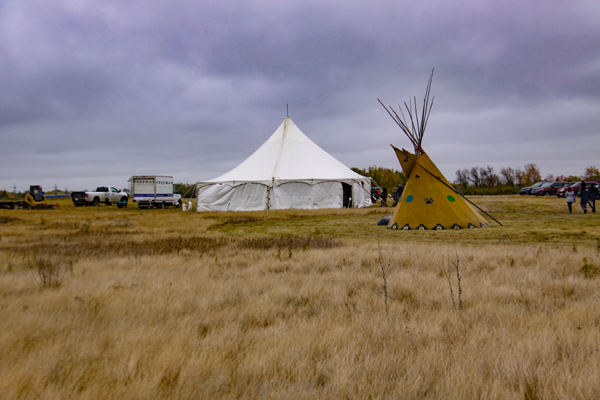 The Federation of Sovereign Indigenous Nations (FSIN) will construct its own office building on land owned by Kahhewistahaw, near the airport in Saskatoon.

FSIN has leased space in a building owned by the Muskeg Lake First Nation, on its urban reserve in Sutherland for more than 25 years.

“We’re probably one of the (only) major (Indigenous) groups or organizations, along with SIGA, that have leased buildings for a long, long time,” said Vice Chief Heather Bear.

"The years we've been there, the building has served us well, but we're in need of more space. The big picture here is the long term."

FSIN Chief Bobby Cameron said a lot of work has gone into the design for the new facility and he looks forward to hosting their first legislative assembly in the new building.

“I think its symbolic of pride and unity and a brighter future,” said Bear.

“That's what it means to me in terms of what we do as an organization.”

Kahkewistahaw First Nation Chief Evan Taypotat said the building complements their future development plans to have urban reserve land in the city and this benefits the community.

Bear said FSIN is purchasing this building with their own financial capacity, and they have an aggressive timeline. The goal is October 2021.

She recognized the project team, which includes Chief Bobby Cameron and the executives, Denise Pelletier and Dawn Walker, along with Chief and Council of Kahkewistahaw First Nation.

“We're building and Kahkewistahaw is building, and to be contributors of that, it's a proud moment of history,” Bear said.