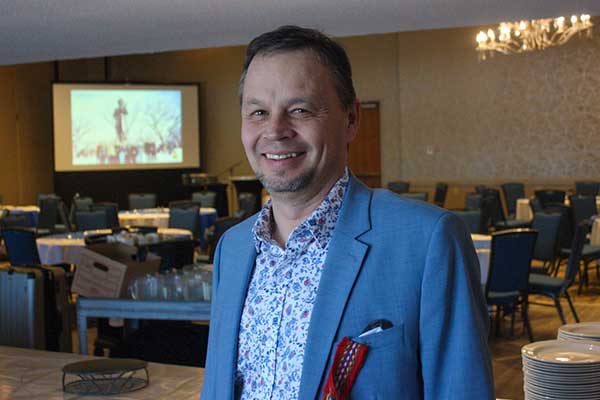 “Its pretty impressive to think about the impact we've had on Saskatchewan and the number of people we've trained,” said GDI executive director Geordy McCaffrey.

To celebrate the anniversary, GDI hosted a two-day Métis culture conference in Saskatoon, including a dinner where they inducted new members to the Order of Gabriel Dumont. Click here to see the GDI 40th Anniversary photo gallery.

“It's really overwhelming, seeing alumni and all the people from the community who have supported GDI and recognized the importance of having a Métis controlled institution.”

McCaffrey has been affiliated with GDI for 27 years – first as a SUNTEP student, eventually working his way up to executive director – and has witnessed its growth from a small institution to providing diverse, Métis-centred educational services across the province.

“We really try to create a culture where people feel welcome and believed in, so they can succeed,” said McCaffrey.

“Coming to GDI was a life changing moment for me. I didn't have much confidence, and didn't see myself as a teacher or professional. But stepping into that SUNTEP classroom, I saw my culture and that I belonged. Through that process I built up my confidence, and I know we've done that for many people.”

In its 40 years, GDI has provided over 1300 students with Bachelor of Education degrees, established services in 11 communities and created partnerships with the universities in Saskatoon and Regina, Saskatchewan Polytechnic, and regional colleges. They are the largest employer of Métis people in the province.

“I was around when it started. To see 40 years of this, not only education for our young people, but the people who came back to go to school, that's something that never could've happened without GDI,” said Nora Cummings, Métis elder and founder of the Saskatchewan Native Women's Association.

Silver awards were presented to Norma Welsh of Regina and Glenn Lafleur of Beauval. 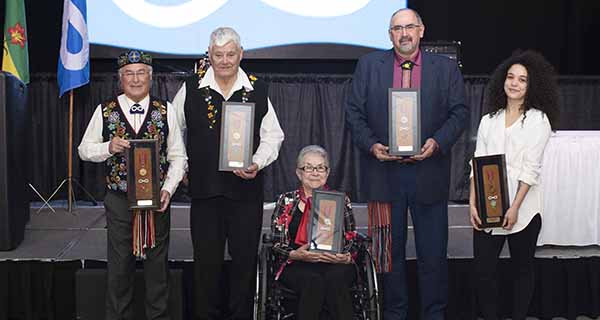 Karon Shmon, GDI Director of Métis History and Culture, reflected on SUNTEP and the impact of there being a Métis-represented teaching force in the province.

“There is a twofold purpose in that: to have Métis children and families see that this is something they can aspire to, and for everyone to see that a capable Métis person can take on a leadership role while bringing Métis content to the classroom,” she said.

“It's really a celebration of how much GDI has grown in 40 years. Our people called for a way to be educated in a culturally affirming way, where our culture and heritage would be preserved,” she said. “Now, all our programs are infused with Métis culture so people can reclaim their cultural grounding.” 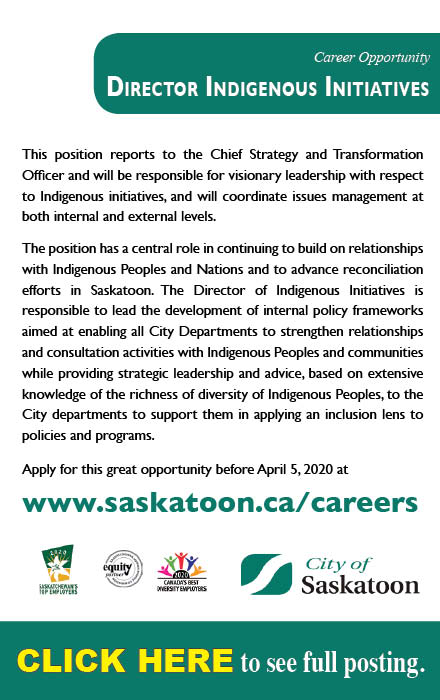