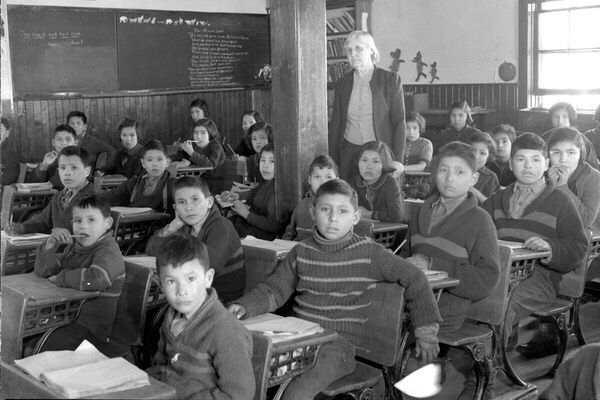 The announcement was made September 3, five days after activists in Montreal decapitated a statue of John A, Macdonald, in part because of his role in the creation of Indian Residential Schools.

National Chief Perry Bellegarde of the Assembly of First Nations (AFN) said this announcement ensures the tragic history of residential schools and survivors will not be forgotten by future generations.

“I lift up and honour those we lost in the Indian Residential School System, the Survivors of these schools, and their families,” Bellegarde said.

“First Nations and all Canadians must know the truth about what happened in these institutions and why.”

Jonathan Wilkinson, Minister responsible for Parks Canada, said the country must acknowledge and understand its history in order to build a more equal and just country.

“This includes facing the difficult periods and actions that exist, including the wrongs perpetrated against Indigenous peoples, and the ongoing intergenerational trauma that has followed,” Wilkinson said.

Portage La Prairie and Shubenacadie schools were made national historic sites after communities nominated them to Parks Canada officials, according to the news release.

The Portage La Prairie school site is on Keeshkeemaquah Reserve, part of the reserve lands of Long Plain First Nation in Manitoba.

"This site will always represent a horrific past for Survivors and their families,” said Chief Dennis Meeches of Long Plain First Nation.

“Many Survivors and community members have since joined in the effort to preserve the building and their stories because this is also a story of resilience and a long journey towards healing,” Meeches said.

The former Shubenacadie Indian Residential School site is in the Sipekni'katik district of Mi'kma'ki overlooking the village of Shubenacadie, Nova Scotia.

“Between 1930-1967, over 1,000 Mi'kmaw and Wolastoqiyik students attended the Shubenacadie Indian Residential School, including my father and uncles,” said Tim Bernard, Co-chair of the nominating committee.

“This site will stand as a testament to the impact of the experiences of our Survivors, their families and communities, and will preserve a part of Canadian history that should never be forgotten," Bernard said.

Parks Canada worked with the First Nations nominators to tell the stories of survivors and determine the historic values of the site, according to the news release. Parks Canada is working with Indigenous peoples to incorporate Indigenous views, histories, and heritage into national parks and historic sites.

Macdonald promoted residential schools despite abuses and deaths and imposed a head tax on Chinese people to discourage their immigration, but these facts are not included on the plaques that laud his accomplishments.

On Aug. 31, Prime Minister Justin Trudeau spoke against the protesters’ action, saying “those kind of acts of vandalism are not advancing the path towards greater justice and equality in this country,” but he also said Macdonald’s unacceptable words and actions should be acknowledged along with his contributions to Canada.

Carolyn Bennett, Minister of Crown-Indigenous Relations said the announcement “comes at a time when people are standing up against systemic racism, injustice and violence.”

“The Residential School System is a tragedy born of colonial policies that harmed children, their families and their communities,” she said.

“This is a time for us all to determine what role we will play in promoting a better understanding of the past so that we can make the changes necessary to build a better future together,” Bennett said.