Indigenous youth across Canada (aged 15-30) are being invited to submit short creative videos to a web series contest about the afterlife between June 21 and September 16, 2016. The contest is sponsored by the APTN paranormal investigation television series ‘The Other Side’ which looks at some of Canada’s scariest ghost stories from a First Nations perspective.

The contest encourages young First Nations, Inuit and Métis people to connect with the elders in their communities and ask what they believe happens after this life. The youth will then put together a short video (2 to 7 minutes in length) conveying that answer in whatever creative way they wish – animation, documentary, music video, etc. The possibilities are only limited by their own imaginations.

‘The Other Side’ will pick up to 10 entries to be featured as part of a web series that will be shared online when Season 3 of the TV show airs on APTN next fall. Winners will get some mentorship and consultation with the production team behind the show, and also be eligible for prizes that are currently being fundraised through an Indiegogo campaign that ends on June 30. The goal is to raise $5500, which should leave about $5000 after fees paid to the platform and credit card companies. Whatever is raised will be split evenly amongst the winners. 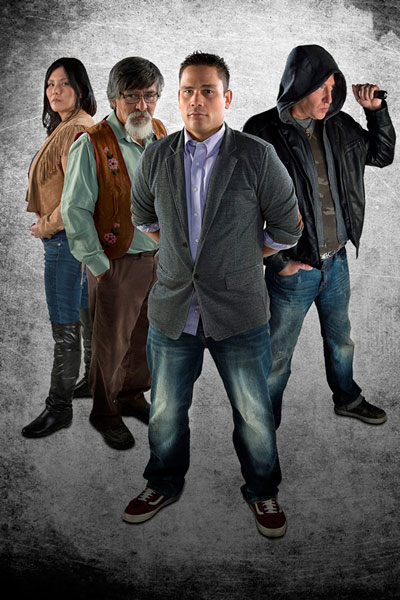 “The Indigenous community has a multitude of perspectives to offer across every topic imaginable, the spirit realm being one of them,” says producer Jennifer Podemski of Red Cloud Studios and recent Nell Shipman Award winner. “This contest will provide the opportunity to connect youth with elders and share knowledge while encouraging young people to harness their own voice and perspective through the powerful medium of video production. It is an exciting opportunity for any aspiring filmmaker and storyteller and has the potential to build a wider knowledge base within our audience.” 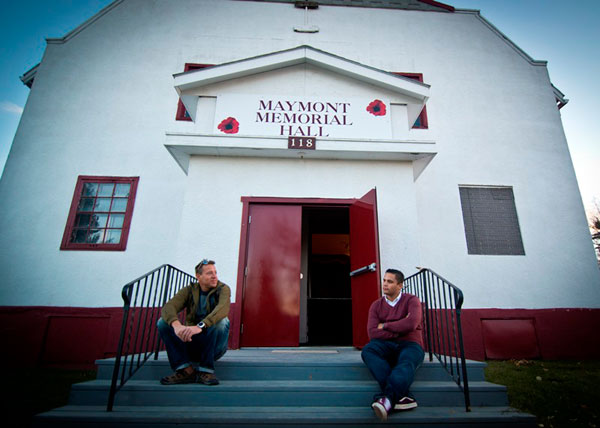 Jeff Richards, Bill Connelly. Give Us A Name Episode. Jeff and Bill take a break on the front steps. Photo courtesy The Other Side

The Other Side television series will be broadcasting its third season on APTN starting this fall. It is a co-production between Toronto-based Red Cloud Studios and Saskatoon’s Angel Entertainment. More information about the TV show’s first two seasons can be found here.