Documentary details other side of telling TRC stories 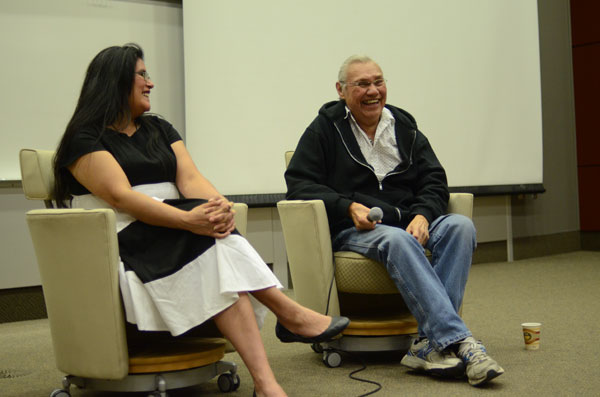 Noel Starblanket (right) is the subject of Trudy’s documentary From Up North. He answered questions after a screening event at the University of Regina on May 24.

It’s common knowledge that the stories told by residential school survivors at the Truth and Reconciliation Commission events were hard to tell, but it might be less well-known that they were also hard to hear.

That’s why the role of statement-gatherers for the TRC is the subject of Regina filmmaker Trudy Stewart’s documentary From Up North, which screened at the Wairoa Maori Film Festival in New Zealand in June.

“I felt that our story wasn’t being told, those of us that were taking on these stories and how affected we all were,” Stewart said.

As a TRC statement-gatherer, Stewart recorded and summarized each survivor’s story on paper for an archivist. She often did multiple statements in one day, each of which might range from 45 minutes to two hours. Stewart figures she listened to over 100 statements in her work from 2012 to 2015.

At the end of the day, she would check in with a health support worker, needing to talk about the stories she heard and how to let go of them.

“I wasn’t prepared for how difficult it would be hearing those stories, I mean on my psyche,” Stewart said.

Stewart’s film is a 10-minute short that features Noel Starblanket, a Knowledge Keeper at the University of Regina who is from Star Blanket Cree Nation. In the film, Starblanket talks about the effects of the abuse he experienced at residential school, including repeated blows from nuns and priests that left him with permanent hearing loss in his left ear.

Interspersed with Noel’s story are Trudy’s own thoughts, which she narrates throughout the film. She wonders what her own mother’s experience was, something she doesn’t know because she was adopted. She is originally from Flying Dust First Nation. 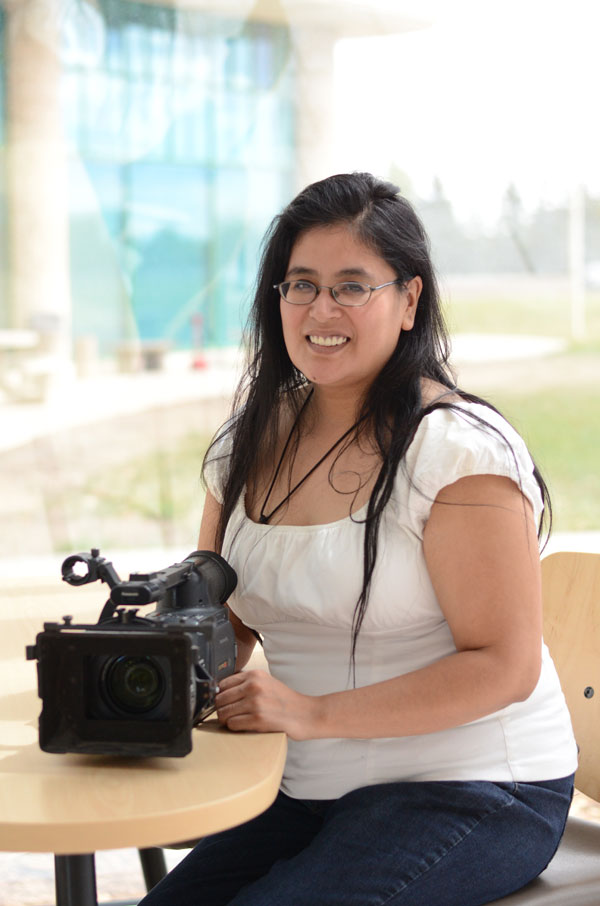 The weaving together of Starblanket’s and Stewart’s stories is meant to give the viewer an idea of what the statement-gathering process was like for both parties.

“I really wanted to show what it was like to hear these stories of abuse and also pick out something that was positive and show that had done some healing,” Stewart said.

During a Q-and-A at a screening event at the University of Regina on May 24, Starblanket said the key to his healing was learning how to forgive.

“Our old people tell us learn to forgive and pray for the ones who have hurt you and I do that,” he said. “I still find it difficult to this day, but it has to be done if you’re willing and you want to free yourself, forgiveness is freedom.”

Stewart is raising money to pay for Starblanket’s plane ticket to New Zealand so he could go with her to the festival. At press time, she’d raised $3,400 of her $4,000 goal.

“I think it’ll be a really great exchange of culture and knowledge with Noel cause he’s an educator and he knows so much about treaty and residential-school legacy and all those things that they would want to learn about, but also he wants to learn from the Maori so I think it’ll be a great learning experience for everybody,” she said, before they left May 31.

With regular updates on Facebook from New Zealand, Stewart was pleased announce that From Up North won the festival’s International Indigenous Film Award on June 3. She plans to stay for a couple weeks in New Zealand to shoot another film.

To support Starblanket’s trip to New Zealand, go to https://www.gofundme.com/noelstarblanket.