Indigenous artwork will be on display in Wascana Park 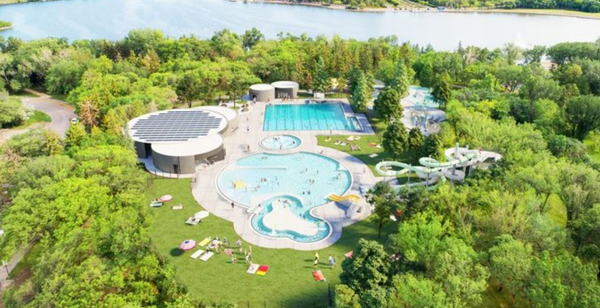 Artist rendering of new Wascana Pool to open in 2023. Rendering supplied by the City of Regina

The first thing people will see at the site of the multi-million dollar Wascana pool revitalization project is an ornate gate by an Indigenous artist.

Larissa Kitchemonia’s design will include: buffalo skulls, running buffaloes, other animals, plants, the sun and the sky layered in an aluminium diorama.

The Anishnaabe-Saulteaux artist from Key First Nation, wanted her design for the pool gate to be connected to the history of the area.

“How do I capture the buffalo skull and the spirit of the buffalo at the same time while also being really aware of the fact that I want it to have some kind of life or spirit of positivity,” said Kitchemonia.

The buffalo represents the revitalization and resurgence of culture, she said.

According to the City of Regina’s call for artists, the pool’s proximity to Wascana Lake is significant because the name Wascana is derived from the Cree word oskana ka-asastēki, meaning “pile of bones,” a reference to the bison bones around Wascana Creek prior to and during colonization.

It was important for the city to represent the history and connection to the land on which the pool will reside, which is why an Indigenous artist was commissioned for the project.

Kitchemonia said as part of the design process she toured Pro Metal Industries, which is one of the only First Nations-owned manufacturing enterprises in Canada. 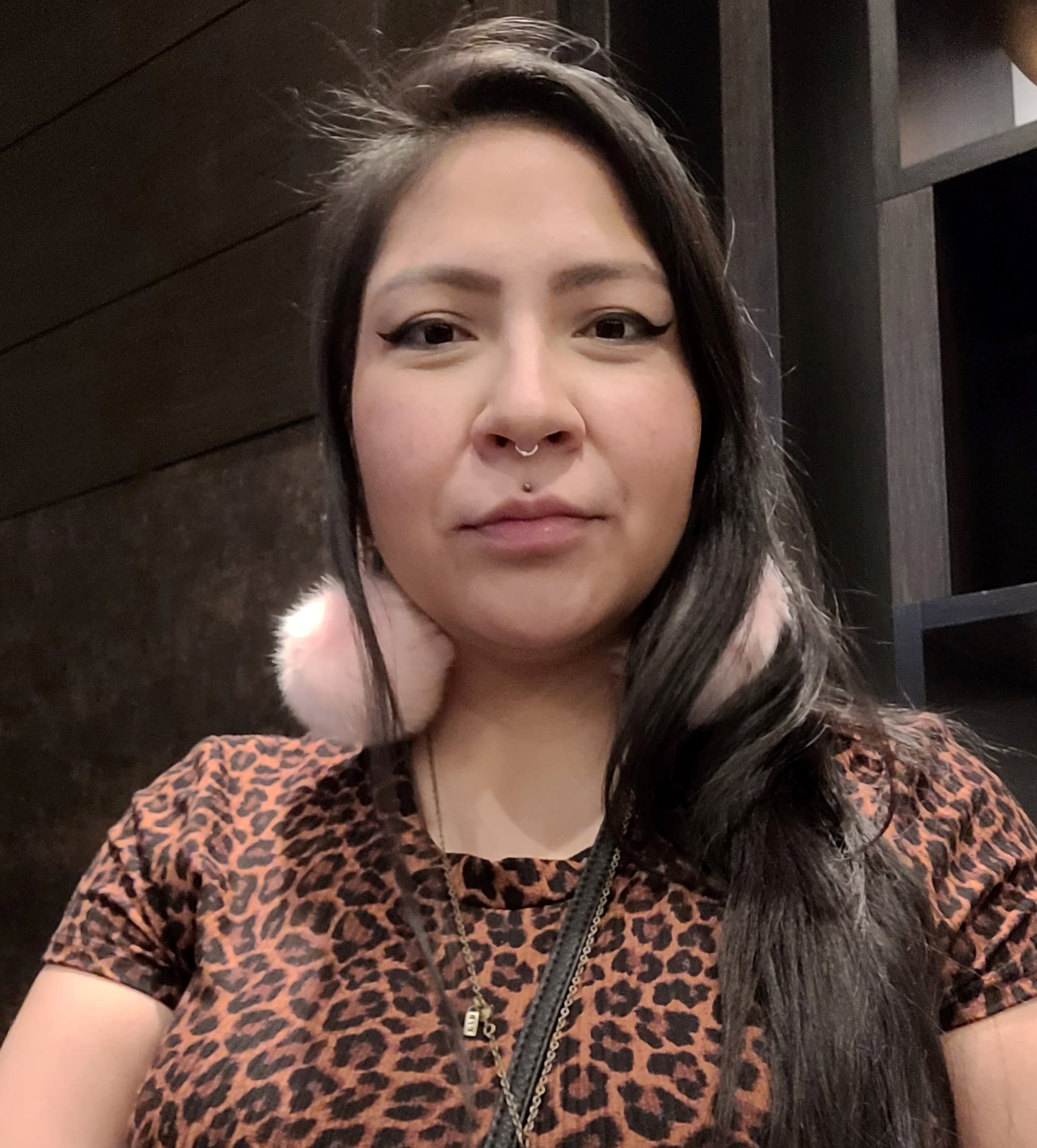 “I’m already at the production stage and hopefully I get an update in the next few weeks,” said Kitchemonia.

A press release from the city said the project supports its goals of strengthening the Indigenous community’s artistic and cultural presence.

Kitchemonia was selected by a panel of professionals, but this is not the first art installation she has completed in Regina. Her paintings can be found at Confederation Park, the Mâmawêyatitân Centre and in the University of Regina’s (U of R) College West building.

Kitchemonia has completed a fine arts degree from the First Nations University of Canada and is pursuing a Master of Interdisciplinary Studies at the U of R.

Although she focuses primarily on painting and beadwork, she also explores installation and sculpture.

Common themes in her artwork include nature, womanhood and motherhood, which are all interwoven with First Nation ideology and practices.

The deadline for the delivery of the gate is June 30 and it will be installed sometime in July.

People will be able to view the gate because it will be used by construction crews to keep the public out of the work area. The nearly $16-million project received $12 million from the Municipal Economic Enhancement Program. Once fully completed, it will feature a waterslide, spray pad, accessible playground and a concession stand, which will be open to pool users and visitors to the park.

The pool is scheduled to open next summer.