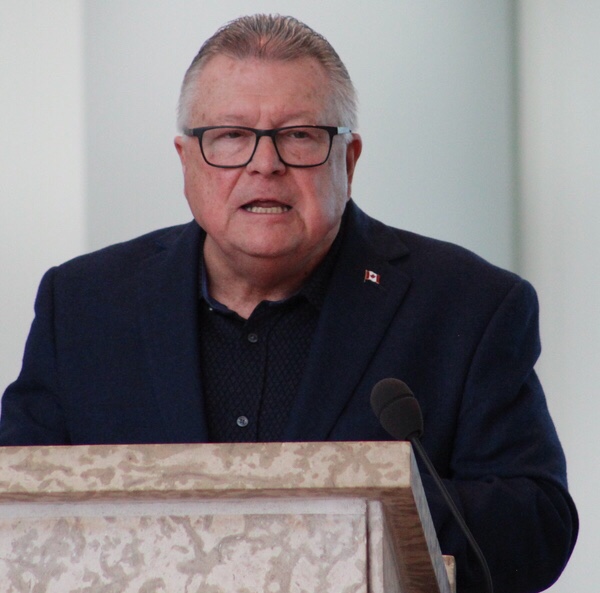 Minister of Public Safety and Preparedness Ralph Goodale recently made an announcement of $4.7 million to invest in Indigenous languages in Saskatchewan. Stock photo

With 2019 being declared the International Year of Indigenous Languages, an announcement was made to provide nearly $4.7 million in funding for 59 projects to support Indigenous languages across Saskatchewan.

The Minister of Public Safety and Emergency Preparedness Ralph Goodale made the announcement on August 30th, 2019 on behalf of the Minister of Canadian Heritage and Multiculturalism Pablo Rodriguez.

“Funding for programs like these, which put financial resources in the hands of those who know how to use them, is key to ensuring the vitality of Indigenous languages,” said Minister Goodale in a media release. “We understand the importance of these projects, as they make a genuine difference and have a major impact in the communities.”

Minister Rodriguez added that language is essential to Indigenous Peoples’ identity and culture.

“That is why our government is committed to taking action to help preserve, promote and revitalize Indigenous languages,” he stated. “This includes Royal Assent of the Indigenous Languages Act. Together with Indigenous partners, we are ensuring that these languages can flourish across the country.”

The federal Budget 2019 committed $333.7 million over five years, starting in 2019–2020, and $115.7 million per year ongoing to support the implementation of the Indigenous Languages Act as only about 15.6 percent of Indigenous people could converse in an Indigenous language, down from 17 percent in 2011 and 21 percent in 2006.

Indigenous communities are best placed to determine the best ways to reclaim, revitalize, strengthen and maintain Indigenous languages. That is why the Department of Canadian Heritage is providing nearly $3 million to the Saskatchewan Indigenous Cultural Centre (SICC) for the delivery of the Aboriginal Languages Initiative for First Nations communities in Saskatchewan. The SICC has funded 45 community-based projects including language camps, train-the-trainer programs, language immersion camps, mentor-apprentice programs, language nests, production and distribution of language resources (such as online tools, educational materials and children’s books). SICC wasn’t available for a comment.