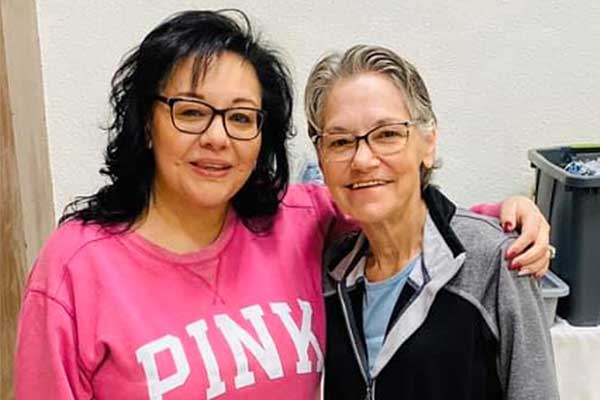 “I do what the creator guides me to do, but my true goal is to create equality for marginalized people,” said Janet Carriere, recipient of the 2019 Prince Albert Citizen of the Year award.

The award came as a complete shock to Carriere, Executive Director of the Prince Albert Indian and Métis Friendship Centre (PAIMFC).

“I was scared and thought something must be wrong. I was called into the office for a media release, but when I got there, I was told I won the Citizen of the Year award. My brain couldn’t process it. All I kept thinking was what is going on?” she said.

“She had no idea,” said Carrier’s co-worker, Georgette Arcand, who had secretly nominated her for the prestigious award.

The award banquet, sponsored by the Kinsmen Club and the Prince Albert Daily Herald was held January 25. Carriere happily found herself making a grand entry to the sounds of a powwow drum rather than the usual tradition of bagpipes.

“It was such a proud moment in my life,” said the Métis woman originally from Crutwell. Having a well-known Métis musician providing the music added to her joy in the moment. “Even Ray Villebrun attended the celebration and performed my favorite song Drums,” she said.

In the nomination, Arcand focused on Carrier’s wealth of experience and knowledge, but also her willingness to go above and beyond in helping everyone who walks through the doors of the PAIMFC. Her primary focus is health and wellness, especially for those who live with poverty, addictions, homelessness and high-risk lifestyles.

She does that through a variety of holistic programs, such as Bringing Back Our Warriors, for men, which addresses violence, anger management, and domestic abuse, traditional counselling and learning activities such as the Kairos blanket exercise about Indigenous experience in Canada. The centre also hosts support circles, a weekly addictions day program and works with families of missing and murdered Indigenous people.

A drumming class addresses cultural awareness and wellness.
“When we run the programs, we watch to see what works better for the people; this way we can learn what needs to change. It's always a learning experience,” Carriere said.

The Centre also provides some basic needs that many people take for granted, such as a fresh cup of coffee, a hot meal, the use of a telephone or even the use of the centre’s address to receive mail. The staff at the centre collectively agree that everyone needs a place to go to where they feel they belong and are welcomed without prejudice.

Carriere strives to become her community’s catalyst for equality. With the creator’s guidance Carriere is the Executive Director at the PAIMFC who just happens to be an advisor for the Commemorative Day for Missing and Murdered Women with the Women’s Commission - who sits on the Prince Albert Board of Police Commissioners - who is a member of the Prince Albert Indigenous Coalition - who is on the Community Advisory Board for Homelessness – the list goes on.

Not all heroes wear capes, but when you meet one, you just know.