Missing children current focus at Centre for Truth and Reconciliation 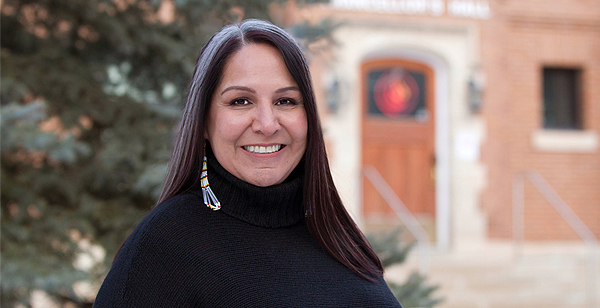 Stephanie Scott is the new Executive Director of the National Centre for Truth and Reconciliation. Photo supplied

As the new Executive Director of the National Centre for Truth and Reconciliation (NCTR), Stephanie Scott is determined to chart a bold path forward.

“I’m thinking grand,” said Scott. “I’m thinking international. I want people to come and sit and learn together and have opportunities to witness the culture. And it’s such a rich history and we can do that together.”

Scott is Anishinaabe from Roseau River First Nation and was born and raised in Winnipeg. The mother of twins and grandmother of four, she is also a Sixties Scoop survivor. Scott joined the NCTR in 2016. Previously, she had worked with the Truth and Reconciliation Commission (TRC) as the Manager of Statement Gathering. That work shaped her understanding of the importance of hearing, sharing, and preserving survivors’ stories.

“We were sometimes running 30 statement gathering rooms at a time at different locations across the country,” said Scott. “So, it was quite intense, and we had so many survivors sit with us.

“Sometimes people would cry for one or two hours after, and there were also people that would come in angry or upset, and then they shared their statement and they left lighter - it changed their appearance, physically. And I saw that and witnessed that often. So, I know that truth telling is absolutely important to healing for them, and how we move forward toward reconciliation in this country.”

The NCTR is hosted a the University of Manitoba and serves as a permanent home for all the statements, documents and other materials gathered by the TRC. Scott’s priority is to ensure that the centre is always “working with survivors, for survivors, on behalf of survivors” so that former students and their families have access to their own history, researchers can better understand the lasting impacts of residential schools and the legacy of residential schools will not be forgotten.

Under Scott’s leadership, the NCTR will be launching phase two of the Missing Children Project, whose mission is to identify the many children who died in residential schools.

“We’re going to analyze all of the children’s names in the records so that we can really understand what happened in the deaths of those over 4,000 names that we hold right now, and provide further understanding into where they died, how they died and where they’re buried,” said Scott. “We want to bring some of those children home because, today, there are still parents, families, mothers, grandpas that don’t know what happened to their children.”

The NCTR is also highly focused on education - last year, an event focused on reconciliation through education drew nearly 12,000 teachers who wanted more resources to teach about residential schools in their classrooms. For Scott, that level of eager participation is a positive sign.

“I’m absolutely hopeful,” she said. “I think that there’s still generations of work to do - it’s not going to be an overnight change. You know, I’m 51, and it’s taken this long just to get a full, solid understanding, because I wasn’t taught about residential schools when I was going to school. We were taught that First Nations people were savages and that all we wanted to do was hurt other people. We didn’t understand the true history. But I am hopeful that with the Truth and Reconciliation Commission and the National Centre for Truth and Reconciliation work, we can continue to make improvements and help to educate.”