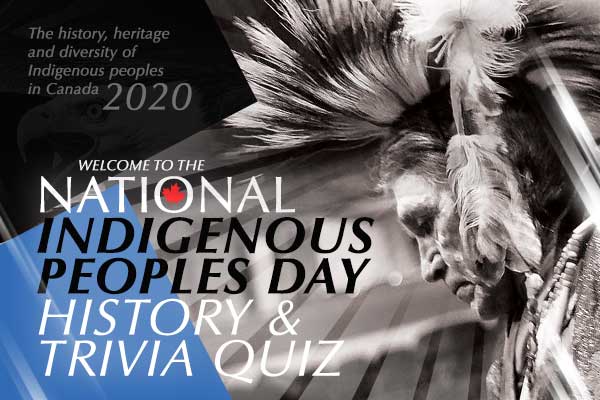 10. From 1895-1927, what percentage of land was removed from reserve status by the Government of Canada?
half, one-quarter, one-third, two-thirds

12. “This is our land, it isn’t a piece of pemmican to be cut off and given in little pieces back to us. It is ours and we will take what we want.” What Cree leader said this at Treaty 6 when the concept of reserves was brought forth.
Chief Big Bear, Chief Beardy, Chief Mistawasis, Chief Poundmaker

13. On 31 March 1958, the Department of Indian Affairs enfranchised this entire First Nation, meaning that they lost their legal rights as status Indians in exchange for other rights, such as voting. The band was to serve as a model for group Indigenous enfranchisement. Over 750 members got their status back with amendments to the Indian Act in 1985.
The Michel Callihoo Band, Running River First Nation, Far Mountain First Nation, The Dave Smith Band

15. This woman helped found the Aboriginal Nurses Association of Canada and the Native Access to Nursing Program at the U of S. A Canadian Coast Guard Ice breaker ship is now named after her.
Anita Desjarlais, Sandy Renaud, Betty-May Callingbird, Jean Cuthand-Goodwill

18. Due to increased number of Euro-Canadians in the area in the early 1870’s, this Chief once blockaded the Carlton Trail and charged a toll for the right to pass Duck Lake on to Fort Carlton, Pitt and Edmonton.
Chief Beardy, Chief One Arrow, Chief John Smith, Chief Okemasis

19. This Métis treaty commissioner and interpreter was reported to be short and nearly three hundred pounds but was strong and an excellent horseman.
David Chartier, Franklin Dumont, James McKay, Claude Desjardins

21. Who was the Chief of the Cowessess First Nation at the time of treaty?
Chief Little Child, Chief Delorme, Chief Lerat, Chief Desjarlais

23. In Treaty 4, each reserve was guaranteed up to $750 annually to buy what? Horses, ammunition, and twine, Hudson’s Bay blankets, lard and flour

24. This Treaty, following the Battle of Seven Oaks where modern day Winnipeg is, was signed in 1817 and saw the settlers assigned to a reserve, with the Indigenous community controlling the rest of the area.
The Red River Treaty, The Winnipeg Agreement, Selkirk Treaty, Bombers stink

Thanks for taking the quiz. If those questions tickled your history bone and you want more tickling, check out your local library. They have reading for reconciliation section and tons of info.

We also want to thank our sources for this quiz.

4. Six Nations of The Grand River

10. One-third of reserve land was lost