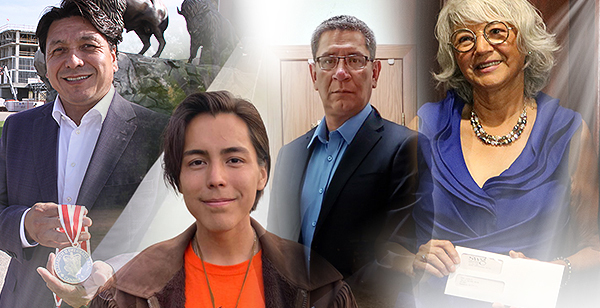 Even though the world has been in the grip of a pandemic and it is all we talk and hear and complain about, we did not make Covid-19 the Newsmaker of the Year. The right choice is a young man who was appalled that 44 members of the Saskatchewan government voted against a suicide prevention bill. Tristen Durocher, frustrated, decided to walk the approximately 600 kilometres from Air Ronge to Regina to raise awareness of the issue. Walking with our Angels and his subsequent 44-day vigil and fast on the lawn of the provincial legislature generated news. From Radio Canada to the Catholic Register to having his protest brought up in the leaders’ debate during the election, Tristen Durocher made news and has been named the Eagle Feather News, Newsmaker of the Year. 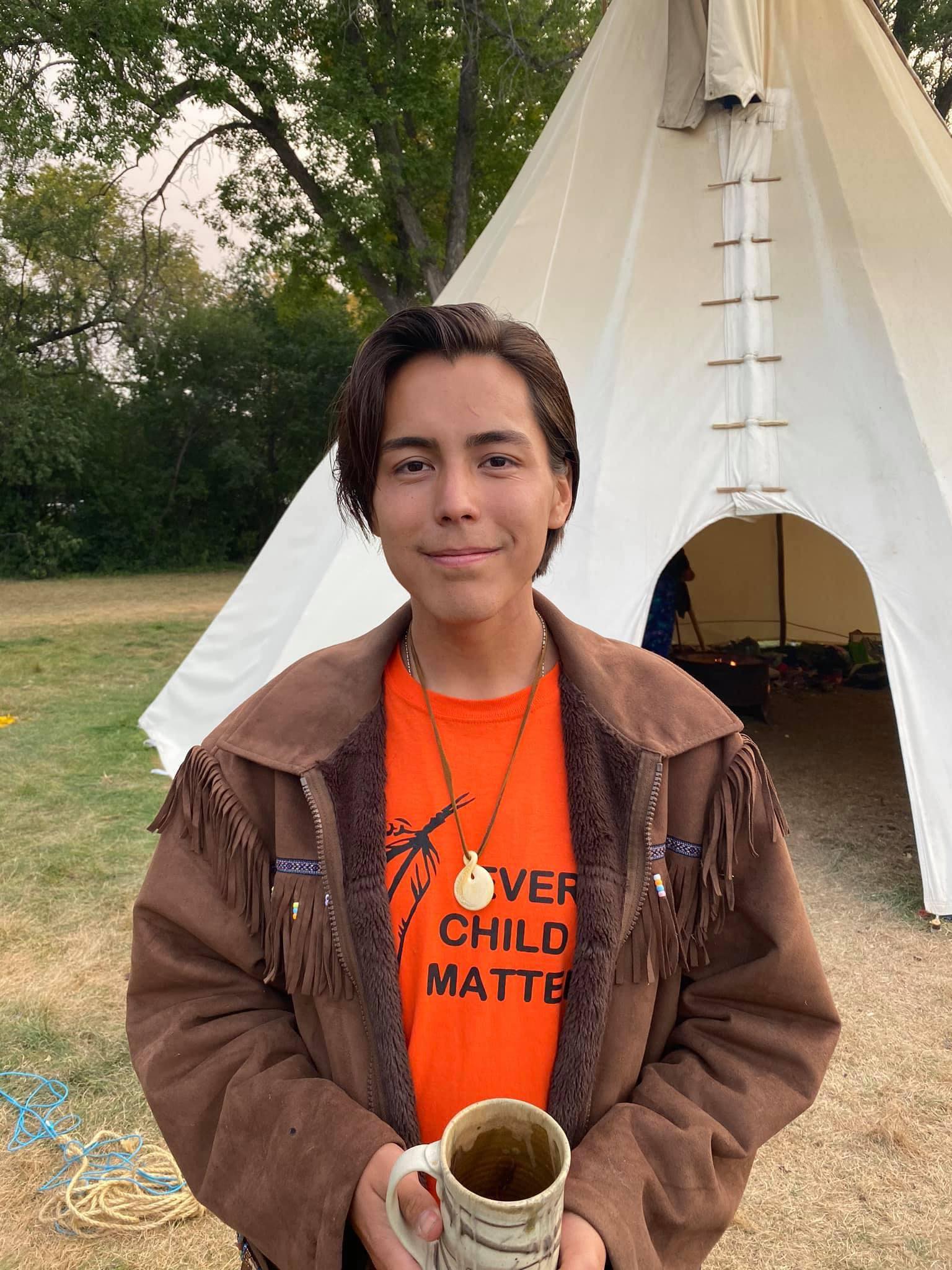 Tristen had allies in his cause. Women helped him keep camp and stay healthy. Hundreds of people came to support him and tell stories of the loss of their loved ones. Pictures of those lost to suicide surrounded his tipi. Political leaders from around the province came to visit him. Even the judge that heard the case to remove his camp from the legislative grounds came to the site and met him. Unfortunately, the person he wanted to appeal to the most, Premier Scott Moe, did not come. Tristen’s story was compelling. A humble, young, culturally connected and articulate man, his demeanor, message and fortitude drew people into his story and cause. A recent Google search showed over 1500 stories on Tristen. That is impressive. Thanks, Tristen, for your sacrifice.

Coming in a strong second in our polls was Chief Matthew Todd Peigan of the Pasqua First Nation. Chief Peigan was months ahead of most governments in Saskatchewan when he started to prepare his community for the impact of Covid-19 in early 2020. Watching what was happening in China and Singapore, Chief Peigan and Council and staff took inventory of what they had in case the pandemic hit and they created a must-have list. Soon the deliveries began - cots, groceries, hand sanitizer, surgical masks, N95 masks, face shields, gloves, gowns and even two breathing apparatus for, “if worse came to worse,” Peigan said in an interview with Eagle Feather News this summer.

As soon as the pandemic was called in March, the community leaped into action. The school was closed, roadblocks went up reducing access to their community and care packages and cash cards were sent to members. No government in Canada was as prepared for the pandemic as Pasqua First Nation was. To top it off, one of their businesses, Pro Metal Industries, pivoted to secure and then manufacture personal protective equipment. Their new business arm Sage Pro Protect, is now a leading manufacturer and distributor of PPE, sanitation stations, mobile hospitals and plexiglass cubicles for schools and workplaces. In the summer they worked with the FSIN to provide PPE to First Nations across Saskatchewan. That is leadership. Way to make news in a good way, Chief Peigan and Pasqua First Nation.

Staying with politics and Covid-19, a few political leaders have caught it. FSIN Vice Chief David Pratt, MLA Buckley Belanger, and MN-S President Glen McCallum have all tested positive and happily all have recovered. President McCallum and the Métis Nation executive and regional directors have also done a bang-up job of securing resources for Métis responses to the pandemic. Another good outcome of the pandemic has been bringing together First Nation and Métis governments in the north to work together more. Nice to see.

The Covid response was also strong in Saskatoon where the Saskatoon Tribal Council Chief Mark Arcand partnered with Mayor Charlie Clarke and other community leaders to provide resources and food door to door to those in need in Saskatoon’s inner city. This helped hundreds of families of all nationalities to cope with the pandemic.

Also making news again was Whitecap Dakota First Nation Chief Darcy Bear. He was recently acclaimed for Chief and began his ninth term leading at Whitecap. It was a good year out there despite Covid as they celebrated the opening of the Dakota Dunes Resort hotel in October. Then to top it off, Chief Bear was appointed to the Order of Canada in December, a much-deserved recognition for his vision and leadership.

While on politics, the retirement of a couple of amazing women will leave a leadership void. Chief Marie-Anne Day Walker-Pelletier retired after a forty-year run as Chief of Okanese First Nation. The longest serving Chief in Canada! And we also lost a strong voice in the Canadian Senate when Senator Lillian Dyck retired from her post representing us in Ottawa. Thanks for your service Chief Marie-Anne and Senator Lillian.

This part of our newsmakers would have been talking about the Riders winning the Grey Cup this year and of Team Saskatchewan cleaning up at NAIG in Toronto, and powwows and the 50th anniversary of Back to Batoche celebrations…but the darn pandemic has thrown a wrench into all things sport and culture unfortunately. That being said, the pandemic did not stop a couple of our artists from being held up. Esteemed poet and Elder, Louise Halfe, was recognized for her literary work with the Saskatchewan Writers’ Guild (SWG) 2020 Cheryl and Henry Kloppenburg Award for Literary Excellence. This major award is one of the most lucrative in our country. 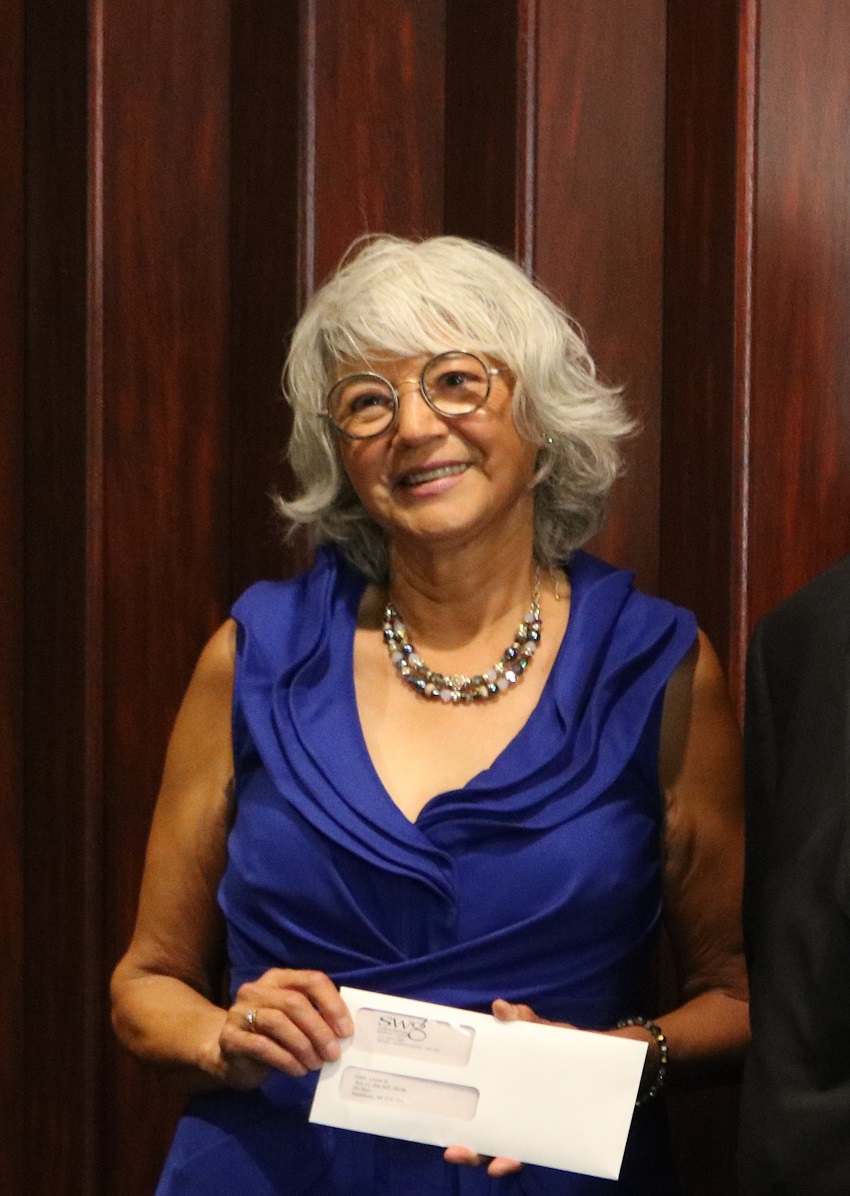 Also getting awards was filmmaker Tasha Hubbard. On May 25, the 2020 Canadian Screen Awards named the film nîpawistamâsowin: We Will Stand Up the Ted Rogers Best Feature Length Documentary. She can add this reward to her mantle that already holds eight other awards for her compelling documentary about the murder of Colton Boushie.

Sadly, 2020 has been full of loss. Loss of freedoms, jobs, health, and beloved family members. In November we lost two Saskatchewan hockey legends: Stay at home defenceman for the New York Rangers, Jim Neilsen, at the age of 78 and the legendary Fred Sasakamoose at the age of 86. Both men left a legacy. And news of Freddie’s passing played out on every major media outlet in Canada as words of respect and admiration poured in from NHL and Indigenous hockey players and fans from around North America.

We can use the inspiration of our newsmakers to lead us into 2021, and the teachings and examples of those who have left us to guide and motivate us into the future.