Next up in arts: the Wild West Show

2018 promises to be full of great art. Next up for Gordon Tootoosis Nikaniwin Theatre is a co-production with Persephone Theatre and Troupe du Jour: Gabriel Dumont’s Wild West Show, February 27th to March 4th. 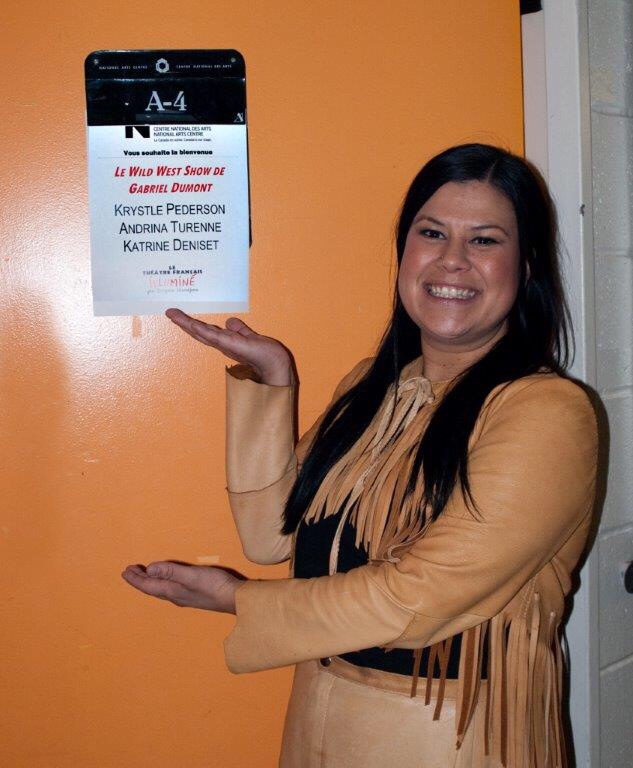 “It involves 10 writers from across Canada who are First Nations, Métis, French and English,” explains one of the co-writers, Cree playwright Kenneth Williams. “The idea came about when French Canadian theatre artists, Alexis Martin and Jean Marc Dalpe wondered why Riel was mostly forgotten in Quebec.”

During their research they learned about Gabriel Dumont’s time in Buffalo Bill’s Wild West Show and how impressed he was with the impact that kind of entertainment had on an audience. Gabriel wanted to create his own version of the Wild West Show, so this was a way to bring that idea to life in a modern context. Most of the story centres around the 1885 Resistance.

“It will be something they’ve never seen before,” promises Williams. “The entire show is a variety of mini-plays of different styles and genres. There’s music, dream sequences, game shows, satire, melodrama, and comedy. It’s not a straight up history lesson but a way of making history fun. The audiences in Montreal and Ottawa have attested to its power.”

Yvette Nolan, another of the ten playwrights of the Wild West Show — others include Andrea Menard and PJ Prudat — says she’s really looking forward to seeing how Gabriel Dumont’s Wild West Show premieres in English.

“I have seen it twice, in French, in Montreal, but never in English and of course, the knowledge here about the Métis history is so different from what it is out east,” noted Nolan, who sent the rehearsing company a box of bison pemmican and several copies of Marilyn Dumont’s poetry book The Pemmican Eaters. “I am also really excited to see Krystle Pederson playing Montana Madeleine in front of home town audiences.”

Nolan describes the show as “a spectacular spectacular” adding that with ten Métis, Cree, Algonquin, Francophone and Anglophone writers, “the act of making it was a bit of a model for conciliation…everyone working to see from each other’s perspectives.”

Nolan notes that two contemporary exhibitions are opening at Wanuskewin January 13th, When Raven Became Spider and We the North. Meanwhile she is busy reading ten-minute plays submitted for the October Short Cuts Festival that she founded four years ago; every year it’s featured a play by an Indigenous writer.

“We are working to keep that streak alive, and the deadline is not until January 15th,” notes Nolan.

She is also excited to see Jennifer Dawn Bishop at the helm of GTNT as artistic director. Bishop is excited to see the Wild West Show, followed by the Circle of Voices show Pimatisiwin by Curtis Peeteetuce March 8th to 16th; and of course, the GTNT playhouse starting up this month, which works with young actors in schools. The Winterruption festival took place on Broadway January 18th to 21st and will include a storyteller’s tent and Theatre on the Trail co-created by Danny Knight, Aaron-Marie Nepoose, Kevin Wesaquate, and others.

In Regina, Sakewewak Storytellers Festival will be taking place for the entire month of February, says Executive Director Adam Martin.

“We’ll open with two days of workshops February 1st and 2nd, in partnership with SaskCulture,” said Martin. One of the presenters is DJ Shub from Six Nations, formerly of A Tribe Called Red. “We look forward to taking advantage of the whole month of February, which is Aboriginal Storytellers Month — normally we just do one week.”

They made the decision to spread events over the course of the month instead, and to bring in more partners in the community. The U of R is going to be another major partner along with the student centre; other funders include the Canada Council, Saskatchewan Arts Board, City of Regina, and the Multicultural Council of SK.

“Maybe one day every First Nation all over the province will be highlighting their own local storytellers and events during February,” said Martin, adding that other events on his radar include Prince Albert artist Michel Boutin’s Saskatoon exhibition at Art Placement January 22nd with an opening reception in February.