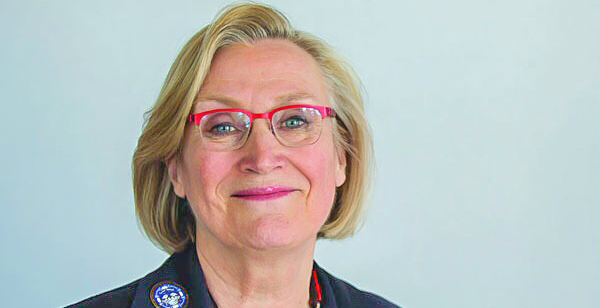 The FSIN has received $4.88 million from the federal government to research unmarked graves at Saskatchewan Indian Residential Schools.

Announced Tuesday at Muskowekwan First Nation, the funding will go towards accessing professional archeological investigation services, including ground penetrating radar, to identify residential school burial sites, as well as to memorialize and commemorate those lost at residential schools.

“We are here to reassure that will be there as you do the difficult work of finding the truths in Saskatchewan, and on your healing journey,” said Carolyn Bennett, Minister of Crown-Indigenous relations told reporters via Zoom.

“The Truth and Reconciliation Commission (TRC) estimated that 566 children died in Saskatchewan residential school. Tragically, they acknowledge that they believe the real number is much higher.”

Muskowekwan First Nation is home to Muscowequan Indian Residential School, the last standing residential school in Saskatchewan, which operated from 1886 to 1997. At least 35 unmarked graves were located at Muscowequan in 1992.

The $4.88 million is specifically for Saskatchewan, and is part of a $27 million commitment from the federal government to respond to the TRC's Calls to Action 74 to 76 on identifying and commemorating those lost at residential school.

“(We are) holding Canada to their treaty fiduciary obligations and their liability for their horrible policy of these residential schools, but also to ensure it never happens again. That's why were working so hard on our child welfare file, to bring children home. We don't need another generation of young people lost in a system that's meant to destroy their language, their culture, and their identity,” Pratt said.

Bennett said First Nations know best what is needed, and as such, these efforts will be community based, survivor centric, and culturally sensitive.

“We will continue engaging with survivor organizations and Indigenous organizations at all levels across the country to seek their guidance and advice on the best way to move forward,” said Bennett.

Last week, the Saskatchewan government announced it will provide the FSIN with $2 million to support research into undocumented deaths at residential schools.

She said they invested $10 million to the TRC National Centre, and in 2019, were able to “ascertain what was needed in terms of beginning the community based work.” She said now they are able to distribute the funds in an urgent manner.

Chief Derek Sunshine from Fishing Lake First Nation said it wasn't until the tragic finding of the remains of 215 children at Kamloops residential school that people are starting to listen.

“These dollars are nothing compared to what our people have been through. All the stories that our Elders talked about for many years, coming back from residential school… the white society didn't believe that… It took them finding graves at the (residential schools) to actually step up and take our people seriously, after how many years? Our people signed papers to agree to share the land… and this is what happened,” he said.