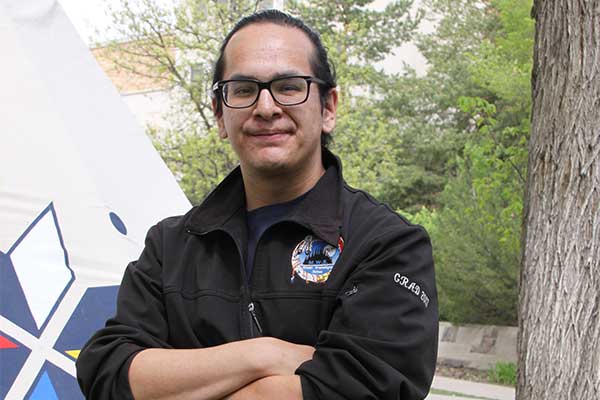 Our community is all too familiar with the Foster Care System. We've experienced our children being taken away, and we've also had many amazing families who have offered their homes to children from all over the province.

There was one boy who grew up in Pinehouse that would pop into my head from time to time. He came from a community that was further north and he had the reputation of being a 'handful,' but I came to understand that this was his way of showing the strength he had built up at a young age.

I never knew what became of him until we met again at a convenience store in downtown Saskatoon. He had been living with family and was doing okay but he never had the same opportunity to attend post-secondary that I had. During our conversation he asked me, "How do you do it?" This made me wonder where he might be if given the chance to attend a post-secondary institution. This young man had the determination, but lacked the same support or financial means.

The province of British Columbia began efforts to offer tuition waivers to students who have aged out of the Foster Care System. Max Fineday, former USSU President, lobbied for a similar program in our province where the University of Saskatchewan, with support from the Government of Saskatchewan took on the initiative. As grateful as I am for these opportunities that already exist, we must recognize the growing need to do more.

Saskatchewan maintains a high number of children in our Foster Care System. As children of the province, we all play a part in ensuring they have the same opportunities to be successful. This all starts with access to post-secondary education.

I'm hoping that an increased opportunity to post-secondary education will ensure that our children are in the best possible situation to succeed in the future. And as the province continues to march towards growth, with a more significant Indigenous population growing by the day, Saskatchewan will depend on its children to look after its future.