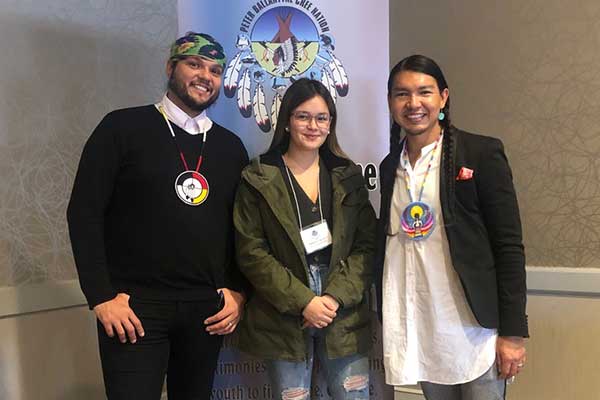 Spreading the belief that life is worth living was one of the principle messages to the hundreds of young people who attended the Peter Ballantyne Cree Nation (PBCN) Youth Empowerment Conference.

With the suicide crisis in northern Saskatchewan in mind, Weldon McCallum, PBCN Vice-Chief and councillor in Pelican Narrows, knew that addressing young people directly was paramount. From January 18-24 in Saskatoon, almost a thousand young people attended the Youth Empowerment conference to talk and learn about suicide prevention.

“It’s a crisis we couldn’t ignore. We knew we had to do something,” said McCallum. “A lot of the issues we addressed were thing that could lead to suicide, like poverty, social problems at home, and bullying. We wanted to address as many issues as we could.”

Recently, three young people in the northern community of Makwa Sahgaiehcan First Nation died by suicide, including a 10-year-old girl. The conference, aimed at young people from ages 10 to 18, featured a number of speakers, therapists, emergency responders, and a registered nurse to show the support network available to youth.

First Nations leadership have called for more supports and the FSIN has developed a suicide prevention strategy.

“People don't know how to talk about it, people are scared of it. When someone says they want to commit suicide, you don't know what to say,” said Jobb.

“Society tells us that we need to live the perfect life: nice house, nice cars, nice shoes. What about the kids and parents who don't have this? The ones that feel they aren't worthy? People need to know they have support and can break down and cry.”

One of the youths who attended the event, Tamarus McKay, said she was encouraged to attend after going through some difficult times in her life. She said the conference gave her a new sense of hope.

“It gave me a sense of belonging, knowing that I wasn’t going through things alone and people can relate to what I've gone through. It felt hopeful,” she said.

McKay said she left the conference with a new perspective.

“There's a lot of doors ready for you if you allow yourself to open them. I heard a quote from one of the speakers that said, 'The past is a history, the future is a mystery, and today is a gift. That's why they call it the present.' I think a lot of the youth needed to hear that.”