A historical landmark in the city of Prince Albert has now been removed for safety reasons. On September 9, 2019, Darlene Stonechild from Okanese First Nation drove over four hours with a 34-foot high totem pole, which her brother Dale assisted with the carving over 44 years ago.

Judy McLeod Campbell, the arts and culture coordinator at the City of Prince Albert, said according to a public art inventory, the rotting condition of the totem pole was identified.

“There was significant rotting at the base of the pole…that was a red flag,” said McLeod Campbell. “We needed to research and find out the traditions of what totems pole are. It’s not something that is part of our [Indigenous] culture here in the province. So, calls [were made] to British Columbia where it is part of their cultural traditions. We learned that the protocol is to go back to the original carver.”

And that is what they did. But only to find out that the main carver James Sutherland had passed away. Sutherland was an inmate in the Prince Albert penitentiary and was involved in a program where inmates had the opportunity to do various arts and activities back in the 1970s. McLeod Campbell contacted the penitentiary and had asked to lay the totem pole to rest on the ground near the institution, according to the B.C Indigenous tradition. 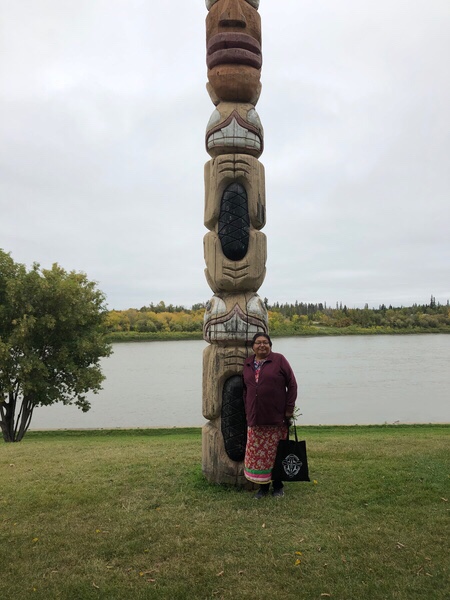 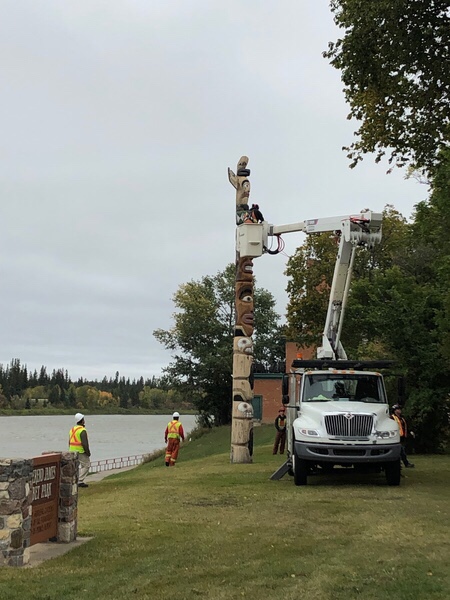 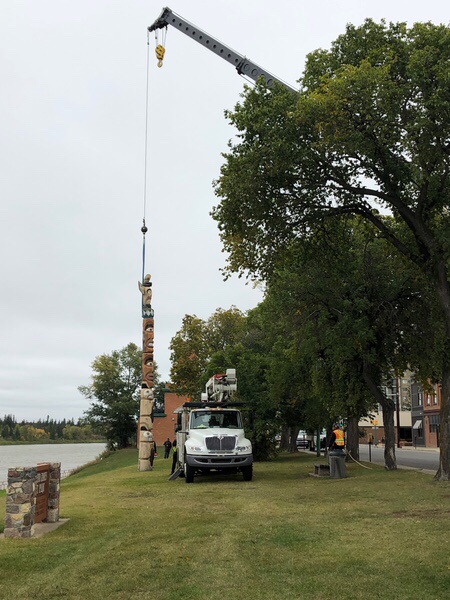 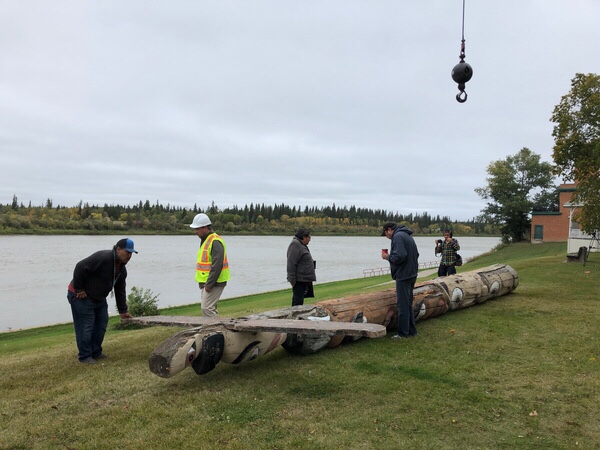 The plans for the totem pole made it into the local news where it was brought to Stonechild’s attention.

“My niece told me that they were going to remove the totem pole,” she said. “I phoned the [City of Prince Albert] and I persuaded them to release the totem pole to me on behalf of my brother.”

Stonechild’s brother is currently an inmate at a penitentiary in B.C. and had assisted Sutherland with the totem pole carving and painting back in the 70s.

She said she feels honoured to have a significant piece of art in her property now. She added that she felt emotional during the removal ceremony.

“It was hard for me to see them bring it down and place it on the truck bed,” said Stonechild. “It was a struggle. I’m not very rich so I had to borrow a truck and a trailer [to] bring [the totem pole] back home.”

“I’ll be looking after everything that entails such as the pipe ceremony, a feast, putting it up and restoring it. That’s all my responsibility now,” she said.

A number of special dignitaries attended the removal totem pole ceremony such as the Deputy Mayor Don Cody who shared remarks on behalf of the City of PA. Tobacco was offered along with prayers and ceremonial songs at the totem pole removal and moving ceremony.