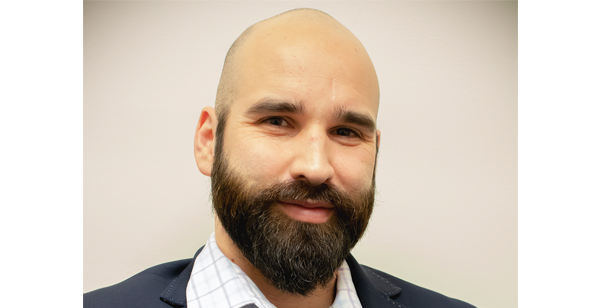 Ed Mendez is reconciliation in action in the arts. As a thirteen-year veteran of the Saskatoon arts scene, Mendez knows that his industry has lots to do to move towards reconciliation. As the General Manager of the Gordon Tootoosis Nīkānīwin Theatre Company (GTNT), he gets to help put that in motion.

“This theatre group was created for youth to be culturally connected and to create an Indigenous presence in this art form. In my personal capacity I try and stay hands off the creative side of things and leave that to Jennifer Bishop our Artistic Director,” said Mendez in an interview with Eagle Feather News. “The role that I have is to gather as many resources and connections in the community that I can, to ensure that Indigenous people have as many opportunities in this industry as anyone else.”

Mendez knows the history of our country that has led to this. “There has been horrendous treatment of Indigenous people by settlers in this country for many hundreds of years. Reconciliation is about trying to right many of those wrongs to ensure that Canadian society is aware of the lasting impacts of colonialism,” said Mendez.

“When it comes to the shows that we are producing, it always comes through that lens. What is authentically Indigenous theatre? Can we even escape the idea of colonialism in our industry and our practices?”

Born and raised in Saskatoon to parents that left Chile in the late 1970’s, the U of S Drama graduate has been GTNT’s general manager for just over a year. He is married to Tamara and has two children, Diego and Miguel. In his spare time, he loves yard work and gardening, voice acting and has a keen interest in blacksmithing.

He is hopeful for the future for a couple reasons. First, it is the youth he sees through GTNT. He relates the story how he and a couple other instructors did a training session for youth aged 14 to 18 in the Circle of Voices program. They ran an exercise where they gave the youth verbs and they had to do the actions. “They created a short fifteen second piece in five minutes and to all of us it encapsulated the residential school experience. It was an abstract concept, and they didn’t even know they had done it,” said Mendez. “We showed it to them on video and asked what they saw. Then they understood. I told them they created such powerful imagery in just five minutes, that it shook me to my core. We told them to imagine what they could do in years or over a career. It is unreal what the youth can do.”

Last, Mendez has faith that the Calls to Action of the Truth and Reconciliation Commission will be accepted. “So many industries have been called to action. I really want to see the Calls accepted in the education system. I did not learn about the Indigenous world until early university,” said Mendez. “Curriculum has changed but it would be great if non-Indigenous people had a good firm understanding of it early on.”