The rRemai mModern Art Gallery has finally opened its doors to the public.

Positioned on the riverbank of the South Saskatchewan River beside the Persephone Theatre, the 130,000 square foot rRemai mModern museum features 11 galleries on four levels, with a permanent collection that includes about 8,000 pieces. 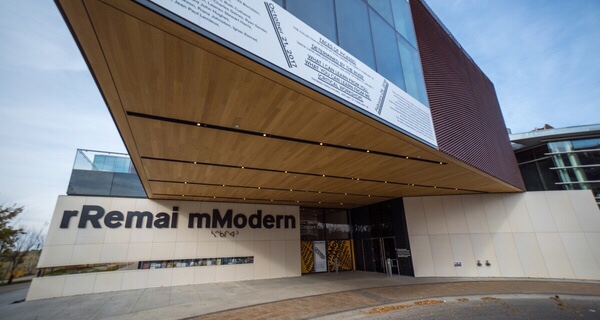 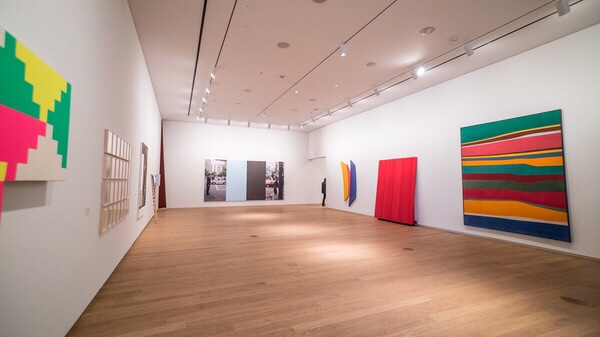 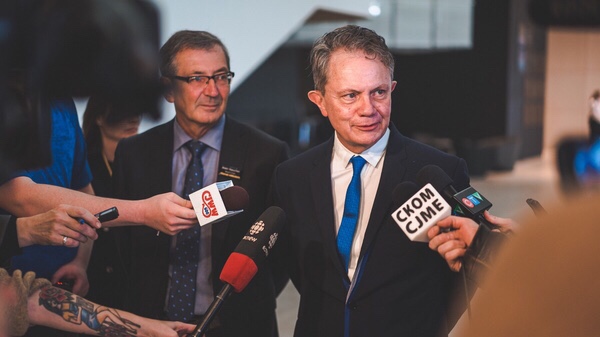 “Excitement has been building during the years of constructions, and now we're looking forward to welcoming crowds to celebrate with us,” said Gregory Burke, rRemai mModern Executive Director and CEO.

“The building is just mesmerizing. It is the most beautiful art gallery in Canada,” said Burke.

Perhaps the gallery's foremost attraction being the 406 linocuts and 23 ceramic works by famed artist Pablo Picasso, making rRemai mModern the holder of the world's largest collection of Picasso linocuts. The gallery also features five permanent collection galleries, which will evolve regularly, said Burke. The ground floor alone is roughly equivalent in size to rRemai mModern's predecessor, the decommissioned Mendel Art Gallery, of which one permanent collection gallery is named.

Citizens and visitors to Saskatoon were eager to see the $100 million gallery, as all 7,000 free tickets for opening weekend were quickly reserved through online registration.

“I think the gallery will have quite a significant impact (on Saskatoon) both in quality of life and in terms of having experiences, but also a significant economic impact,” said Burke. “We expect to pull in a lot of people from outside the province.”

Prior to its October 21st opening weekend, rRemai mModern announced that philanthropist and museum namesake, Ellen Remai on behalf of the Frank and Ellen Remai Foundation, have pledged $1 million a year for art purchases for the next 25 years.

Additionally, the Foundation will match eligible donations to the museum up to $1 million a year for the next 25 years. The donation is one of the largest to the arts in Canadian history. Remai's previous major gifts to the museum include $16 million for the building, $15 million for international programming, $2 million for acquisitions, and a $20 million purchase of Picasso linocuts.

“What makes her gifts over the past several years even more incredible is that beyond the major support of construction, she had the foresight to provide rRemai mModern a guaranteed income to support programming and acquisitions over the next 25 or more years,” said Burke.

Burke stated in a release that he believes this puts rRemai mModern on a secure financial footing, regardless of the changes in the global economy. Earlier in the week, Mayor Charlie Clark spoke on the concerns of the cost of the gallery, as it's expected to cost $5.4 annually.

“We've tried to be transparent all along – that this is going to have an impact. It's 3.5 times larger (than the Mendel) and the budget is not 3.5 times larger,” Clark told reporters earlier in the week.

Unlike the Mendel, which offered free admission, rRemai mModern hopes to recover some costs by charging an admission fee of $12-dollar admission per person.

The gallery aims to include art and artists representative of Saskatchewan and our heritage.Grand opening included traditional Indigenous performances and a display in the lobby exhibits a welcome message in six different Indigenous languages.

“It's important for us to recognize our placement here on Treaty 6 territory and the traditional homeland of the Métis, and to reaffirm in the spirit of reconciliation our relationship with one another,” said Burke. "rRemai mModern is intended as an inclusive place, and we want everyone to feel comfortable entering this space.”

The rRemai mModern art gallery also features a restaurant, learning studios, a 150-seat theatre, rental spaces, a rooftop patio, gallery lounge, and underground parkade. The opening exhibit, 'Field Guide' features artists from Saskatchewan and around world, is a 'consideration of a network of issues and questions impacting art and society today.' It runs to February of next year.