Scholar and rapper is now USask Storyteller in Residence 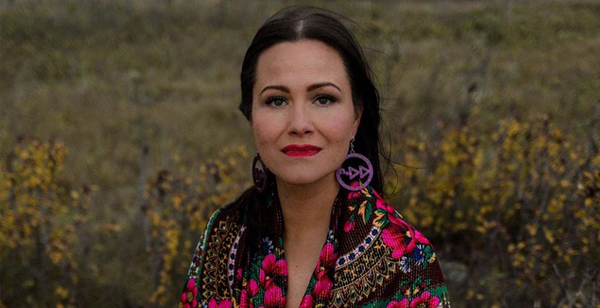 Lindsay Knight, also known as rapper/hiphop musician Eekwol, is the first Storyteller-in-Residence at the University of Saskatchewan while she pursues her PhD.

“They asked me a couple months ago if I’d be interested in doing something like that. They weren’t sure how the role would work but it’s a pilot,” explained Knight, adding they wanted her to try it out and see what could be done in pandemic times.

“I’m really happy to do it, I’m a student at the university, a storyteller through music and lyrics, and a big library geek so it’s a match made in heaven,” she said.

She will begin by engaging with and building relationships in the community through virtual coffee talks, where she’ll be speaking but also inviting others to speak in an open platform. Everyone is welcome.

The events will be held on three dates at varying times to work around classes.

“I’m going to stick to identity and talking about my own identity and the identity of the place that we live in, Treaty Six territory, and the history around there, the real issues and the challenges with building relationships when there’s not enough education about settler colonialism,” said Knight.

“I want to make sure they include the truths and facts of histories, but also engaging without (putting) people on the defensive, especially with the student generation, they’re really open to learning and becoming allies in any way they can if it’s presented in a way where they feel like they can be a part of that solution.

“I take pride in the fact that I think I’m good at being able to engage all types of people from all nations in a good way talking about these hard topics… Through lyrics, through voice, my process and how I’ve used that as a form of therapy, of understanding who I am and not necessarily just because I’m gifted with it, but everyone can do creativity: it’s writing, journaling, creating, putting words together, everyone has that ability.

“I tell everyone to just try and tell their story in a poetic way and it helps them. We can talk about things, but when you put it into a creative form, particularly writing down that story in poetic form, that can draw out things that you wouldn’t be able to draw out any other way — through the power of creativity.”