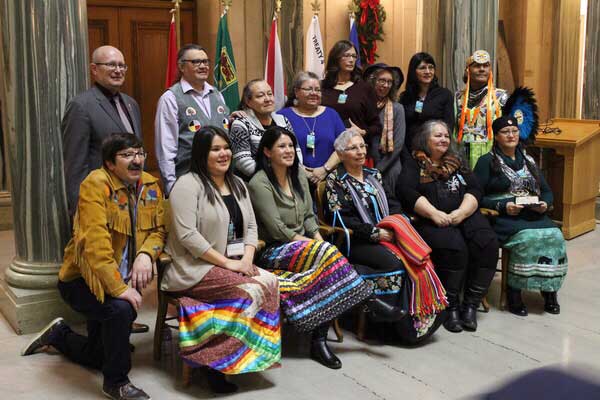 One year after Saskatchewan Premier Scott Moe apologized for the Sixties Scoop, little has changed.

This anniversary falls two weeks after Christmas, with its gatherings of friends and relations. Movies and songs tug at heartstrings with themes of reunions and memories of Christmases past.

For many adults who were children of the Sixties Scoop, the season’s reminders of family evoke only painful realizations of their own lack of that precious resource.

It is true that many Indigenous children, who were taken from their families and communities and placed with white foster or adoptive parents, experienced enduring love, belonging, safety and encouragement.

But many had far less ideal childhoods, with varying degrees of deficit in each of those elements of nurturing.

Sixties scoop children raised in white families were completely disconnected from their birth families. Most birth families had no legal rights to see or know about the children.

The children knew only what the surrogate parents told them about their birth families and that was often based on half-page descriptions provided by a social worker who had never met them.

The children grew up between two worlds: neither white like the families in which they lived, nor belonging among indigenous people.

Many scooped children were raised amidst casual or malicious racism. They had no one to whom they could confide the hurt of being a person one was taught to look down upon. Many children internalized disdain for their own people.

Many of the adults, who attended Sixties Scoop sharing circles last year in advance of the government apology, described emotional, physical and sexual abuses.

Far too many children suffered the soul-destroying trauma of being moved from home to home. They were expected to call the adults mom and dad and to fit in and be happy children.

When the trauma of losing family was repeated, sometimes as many as 15 times, the children lost the ability to trust or bond with people who were supposed to care for them. They were described in their files as sullen, angry, attention seeking or kids who simply cried for no reason.

As adults, some of the Sixties Scoop children still maintain relationships with their adoptive or foster families and still celebrate the holiday with them.

A great many of the adoptive and foster relationships have deteriorated or disappeared entirely.

Many also have sought out their birth families. Reunions have had mixed results: some people renewed their family ties and now celebrate Christmas with them.

Others have been disappointed, having hoped for the unconditional love and support they imagined family could provide, but finding that lifetimes spent in different worlds made them strangers with meager common experience and little to see them through the trials of day-to-day realities.

As a result, many former children of the Sixties Scoop walk alone.

Many have children who don’t know any grandparents, aunts, uncles or cousins to visit on Christmas day.

It’s one thing to avoid family gatherings, it’s another to have no family to gather with.

Survivors in six Saskatchewan locations told the government last year that they appreciated the sharing circles organized by the Sixties Scoop Indigenous Society of Saskatchewan (SSISS).

In the circles, they found fellowship and solace, often for the first time, among people who understood their experience and they said they wanted more such circles in more locations.

The Minister of Social Services told SSISS the government wanted to continue working with them and indicated they liked the sharing circles model.

Last year Premier Moe apologized, saying the province failed survivors. He promised to “honour and respect (their) experiences,” and to learn from them.

He then listed ways the government is trying to improve child welfare now, but seemed to throw up his hands in relation to the Sixties Scoop survivors.

“There is nothing we can offer that will fully restore what you have lost,” Moe said.

As survivors, we know that’s true, but there are things the government can do to help.