Trouble in the Garden, a new Canadian movie about the Sixties Scoop, has a Saskatchewan connection in the form of Executive Producer Raven Sinclair. 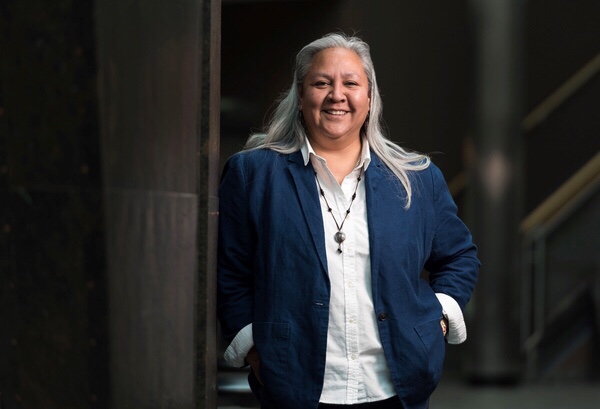 Raven Sinclair, a Professor in the faculty of Social Work at the Saskatoon campus of the University of Regina, is a Sixties Scoop survivor and a leading expert on the subject. Photo supplied

The film is about an Indigenous adoptee, who had returned to her roots and become a land claims activist, and who is unexpectedly reunited with her estranged adoptive family.

The film explores the collision between cultures, worldviews and values. It exposes good intentions executed through assimilation and racism. It touches on issues of stolen land and of what family means when self interest tests loyalty. It looks at advice to forget the past against ongoing realities that still effect Indigenous people.

While some reviewers have questioned the likelihood of the confluence of all the story elements, Sinclair said she still gets shivers of recognition when she watches scenes in which picture-perfect exteriors are revealed as masking dark truths.

Writer and director Roz Owen, a lecturer in film studies at Ryerson University, approached Sinclair in early 2017. She had Sinclair she read the script to see if it presented an authentic Indigenous perspective of the main character, Pippa, who prefers her Indigenous name, Raven (a name change Owen made after working with Sinclair.)

Sinclair, a Professor in the faculty of Social Work at the Saskatoon campus of the University of Regina, is a Sixties Scoop survivor and a leading expert on the subject.

“I couldn’t put (the script) down. It was like a good novel. I said I loved it but it needs work,” Sinclair said recently.

Thus began months of revisions as Sinclair, “Indigenized or Scoop-ized” the story, going through the script word by word, and made changes such as vetoing the character having an alcoholic drink with her brother after smudging.

In another scene, Sinclair injected a lighter side to the character, having her mischievously taunt her brother as he tries to keep her in line.

“Even though we go through these situations, we still laugh,” she said.

The situations that arise in the film don’t represent all Indigenous adoptive and foster child experiences, which fall on a continuum, yet even survivors of loving and safe childhoods struggle with their identities and their experiences, Sinclair said.

“The themes it captures will resonate with all survivors,” she said.

Sinclair was unable to attend the 12-day film shoot in October 2017 in North Bay, Ontario and was disappointed with a few incongruent details that snuck in.

In the scene with the smudging, the character uses a lighter instead of the more proper matches to light the sage. Sinclair had the filmmaker add a voiceover of Raven apologizing to Creator for making do with what she had.

It’s a small mistake that many Indigenous people who are still learning their culture will likely recognize and laugh along with, Sinclair said.

Trouble in the Garden opened March 1 at Regina’s Rainbow Cinema and on March 8 at the Roxy Theatre in Saskatoon.