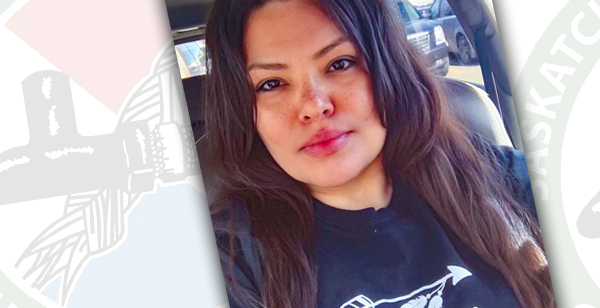 Jessica Generoux of the Saskatchewan Indigenous Cultural Centre (SICC) is excited about the upcoming storytelling month in February.

“We have been running the storytelling project for over a decade, and over the years have worked with many Elders and Knowledge-Keepers sharing stories from the seven cultures we represent,” noted Generoux, adding the SICC’s mandate is to promote, preserve, and protect language and culture. “Over the years we’ve worked with the Cree dialect — Woodlands, Swampy, and Plains — Dene, and Lakota, Nakota, and Dakota, while collecting and preserving oral history.”

Their private collection of various stories and programming contains over 563 oral stories collected from Elders and Knowledge Keepers from various First Nations in Saskatchewan.

Last year an Elder from Patuanak came and told stories to over ten schools in Saskatoon reaching more than 600 students in a span of five days, which she described as a huge success. “Now we’re focusing on the stories told and the languages, recording it entirely in the language and then translating it.”

Aboriginal story telling month was created by Library Services for Saskatchewan Aboriginal Peoples (LSSAP). During February, they help schools, local libraries and cultural organizations with online events that highlight the power of storytelling.

LSSAP chairperson Harriet Roy says Aboriginal Storytelling Month 2021 is about making Indigenous culture accessible, through libraries, to everyone no matter where they live, with online channels like Facebook, Zoom and other websites.

“Aboriginal people have always shared stories orally,” says Roy. “It’s important to build understanding and moving these events online makes them more shareable with others. We want to reach as many people as possible.”

Generoux says that the process is a bit difficult this year. “With the pandemic we weren’t able to visit any communities or schools that we normally do every year, and that definitely brings a challenge,” said Generoux, adding that many Elders and knowledge keepers are not comfortable delivering their stories over the internet, Zoom, or FaceBook Live, or don’t have the technology.  “So, we try to explore options and avenues to get them connected but that’s a big challenge — there’s money involved with sharing technology and then not being able to set up with schools because they’re completely shut down on the communities and only operating online classes.”

SICC is focusing on building partnerships within the communities but that takes time. Meanwhile they are delivering four different types of programming this year and engaging the community through SICC headquarters in Saskatoon. This includes three storytellers set up to deliver through Microsoft Teams, and two Elders who were interviewed and recorded through a socially distanced setup at First Nations University which will then be available in a package for the schools to use which includes lessons plans and translations.

“It’s a big effort to get them out there in the language right now without being able to actually be together,” said Generoux. “So, we have found some ways but it’s definitely a challenge and we’re getting through it, making it happen and getting those stories shared and engaging the students; the priority is maintaining this project as part of the curriculum in February.”

You can find a full schedule for the month on the LSSAP website: www.lssap.ca