Using his words to win battles 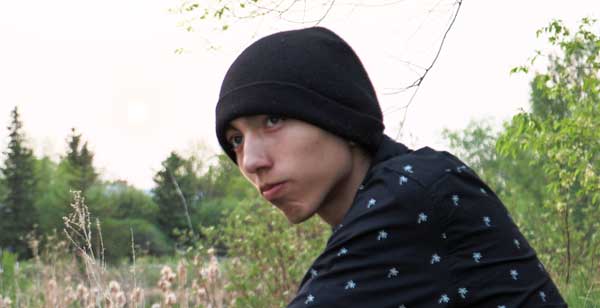 The young poet qualified after winning the Regina Word Up: CIPS Qualifying Slam on March 23.

“I was a little shocked and overwhelmed when I found out that I won,” Ahenakew said. “This is my second year competing and I am very proud to represent Regina in Vancouver.”

He began writing poetry in the third grade, but in the eighth grade his mother found his poetry and took him to a poetry slam event.

Ahenakew was hooked and has been performing and competing ever since.

“In the beginning, I started off writing sappy stuff, but as I progressed I have started writing stuff I can push with my voice,” he said. “Like issues on the reserve and preconceived assumptions about me and my people.”

The 20-year-old said being an Indigenous person is the most important part of being a performer.

“My most well-received piece is titled ‘Reserved for the beast’ and it’s one of my favourites to perform,” he said. “It talks about issues on the reserve. That piece has been the main point in my poetry career and I don’t know what direction my writing would have gone without it.”

Ahenakew feels confident in the material he has prepared for the competition in Vancouver but would like to prepare something new to perform.

“I believe that my community supports me enough that I can keep my confidence high enough to give a good performance and be a good competitor over there,” he said.

One of the many people rooting for Ahenakew is Cat Abenstein, Spoken Word Coordinator at Creativity City Centre.

Abenstein remembers meeting Ahenakew as a shy fifteen-year-old and being impressed by how mature his material was even back then. “He makes the world a better place by being courageous with his words,” she said. “I think he’s the right person for the job and I think this would help him develop even more by being in the midst of other champions.”

She also said that she hopes the opportunity helps him connect with a network of artists across the country, as well as grow as an artist.

I am a man cloud,

that’s only a sentence a poet would say.

Cuz I’m big, dark, scary and only the right kinds of people won’t say “oh shit” as I come their way.

I swear I’m putting on my best version of my white face.

Huge fake smile, fix my posture and a firm handshake, but it makes me feel guilty.

Cuz people make brown skin feel like a disease and while many of my people live with it happily,

I just feel like there’s something wrong with me.

Cuz I go by the code name Big Moses.

And it’s definitely not due to any religious devotion.

It’s cuz I can split a crowd like the Red Sea without even the slightest motion.

Walking through any room feels like I’m surrounded by a house of mirrors cuz there’s so many eyes staring back at me.

Now... when I look into the mirrors, a clouded man is all that’s seen.