The hunt for a new leader at Wanuskewin Heritage Park is over.

On Tuesday, Candace Wasacase-Lafferty, chair of Wanuskewin’s board of directors, announced Darlene Brander will assume the role as the park’s Chief Executive Officer effective March 4. 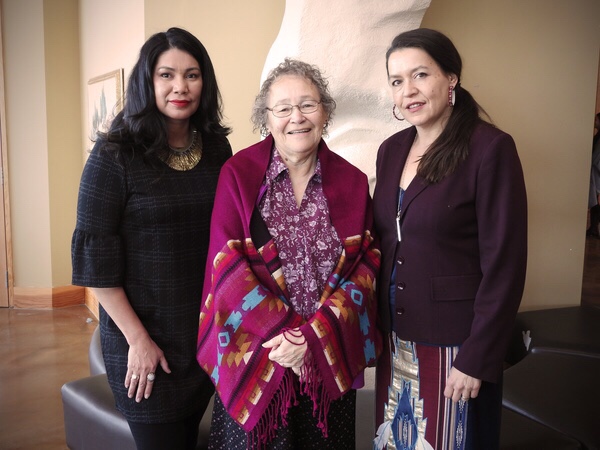 Wanuskewin has been without a leader since former CEO Dana Soonias vacated the position in June, but the search for a new leader didn’t start until the fall.

“We cast our net out nationally, across the country (and) we had over 100 applicants apply,” said Wasacase-Lafferty.

The selection committee, comprised of Wanuskewin board members and its elders, were seeking someone who possessed a special skill set.

“You had to be that sophisticated leader who was grounded in First Nations knowledge, as well as, being experienced in the business world,” said Wasacase-Lafferty. “It was really important for Wanuskewin to have that visionary leadership. For me, it boiled down to someone who had a very deep care and commitment for the park.”

The board and elders voted unanimously in favour of local candidate Brander who was also a former park employee.

For nearly eight years, Brander served as the director of Human Resources for the Athabasca Catering Limited Partnership, which is a First Nation owned company.

In addition, Brander is also an active community volunteer where she serves on the boards of the Nutrien Children’s Discovery Museum of Saskatchewan and the Canadian Association of Police Governance and is also the chair of the Saskatoon Board of Police Commissioners.

Wasacase-Lafferty was not surprised a local candidate was selected because she said Saskatchewan is filled with so much talent.

Prior to launching the search for a new CEO, Wasacase-Lafferty said the park had just completed a survey of past and present park employees. They were asked for their opinions on what the park needed as it moved into the future, as well as, what kind of leader they wanted to see at Wanuskewin.

She said a lot of work has been taking place at the park and everything is coming together and one of the final pieces was to find a leader that was the right fit for the job.

Nearly two years ago, Wanuskewin launched its capital fundraising campaign and renewal project. Once complete it is to include a building expansion, exhibits, restoration of the grassland and re-introduction of the buffalo. The grand opening is expected to take place in the summer of 2020.

In a prepared statement, Brander said she was looking forward to working with the elders and staff to make sure Wanuskewin which has been a special meeting place for indigenous people for the past 6,000 years, will continue that legacy for generations to come.