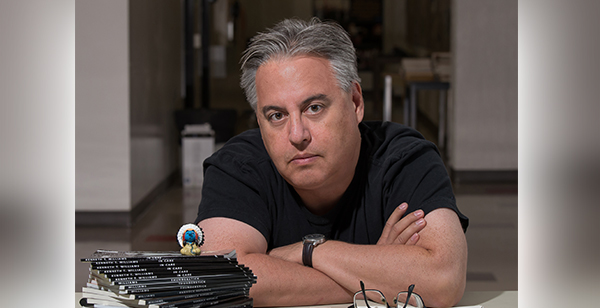 Twenty years ago, history was made. The Aboriginal Peoples Television Network aired its first national newscast, Invision, presented by the first Indigenous news team on television in Canada and the world.

Two decades later APTN is a giant in the Canadian media landscape. Despite its humble beginnings, those involved at the ground floor knew they were building something towering.

Williams, a native of George Gordon First Nation in south-eastern Saskatchewan, was among the first group of journalists working at APTN in 2000. He worked for a few years in Toronto and Ottawa before taking a position in Saskatoon as the first and only full-time APTN news correspondent in Saskatchewan.

“There was a running joke, even amongst Indigenous people, that (APTN) was called “The Skinning Network,” because a lot of the programming was of some animal getting skinned,” laughs Williams.

“But we knew there was a deficit in mainstream reporting around Indigenous people and Indigenous issues. So even though we were super small and spread out, we were driven journalists on a mission that (Indigenous people) were being ignored, or under-reported, or even misreported.”

Arriving in Saskatoon as a one-person operation for the province, Williams said those early days were often frustrating. He was tasked with chasing down stories, arranging interviews, shooting, cutting, and sending off his work to the national desk for its bi-weekly newscast.

“As one person covering the entire province, I was kind of responsible for picking what the biggest story was out of Saskatchewan,” said Williams.

It was that passion and commitment to telling Indigenous stories in a responsible way that has brought the network to where it is now, he said.

“You see more Indigenous content creation happening. I don't know if we were the spark, or just part of the flame that we helped fuel. We gave space to a lot of media creators to start telling stories in a lot of different ways.”

When Williams would send his work in to headquarters in Winnipeg, it would often find its way to the desk of Cheryl McKenzie, who became host and producer in 2005 of APTN National News: Daytime.

McKenzie, now the executive director of News and Current Affairs, said it's taken a long time for the country to start recognizing the work they were doing.

“There was a perception that we don't really qualify as national news because we're an Indigenous news source. Like, we're not going to be reporting on how much the city of Toronto is spending on snow removal, but that doesn't mean we're not a national newscast,” said McKenzie.

To this day, McKenzie said there is some stereotyping around what type of content APTN “should” be covering. APTN reporters at Parliament Hill, for example, sometimes only get called on to question the Prime Minister during a news conference if it's something “Indigenous related,” she said.

Despite the hurdles, APTN has built itself into an influential and celebrated network, which has received awards from Amnesty International, the Canadian Screen Awards, and the Native American Journalists Association.

“I really think APTN has had a role in influencing other national and mainstream news networks to do a better job of covering Indigenous stories, to be more specific about Indigenous nations, and connect the history of Canada to what's happening today,” McKenzie said.