Kevin Grunow has been in the crane business for 30 years, working his way through the industry and even owning his own crane business, Titan Crane, for 10 years. After calling it quits with Titan Crane, Grunow thought his days of owning a business were over, until he saw an exciting opportunity to start something new.

Grunow’s son, Chad, had been working for a crane company when the pair decided that they wanted to purchase their own crane and begin a business together. Combining their experience, they started Far North Crane & Rigging in May 2018. 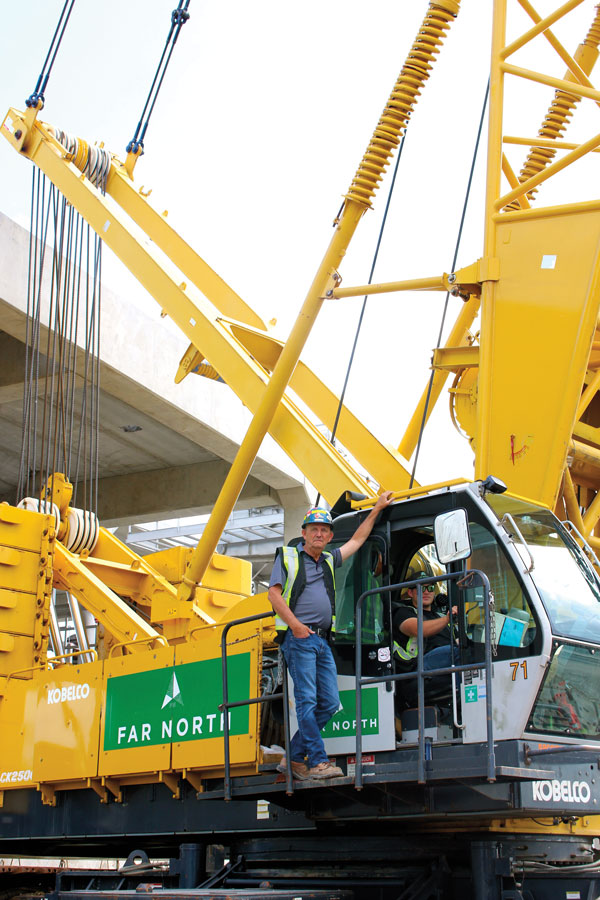 “My son and I are co-owners, but Far North is actually a father, son, and mother operation, so it’s a family affair!” said Grunow, who holds his journeyman hydraulic crane operator certification. “When I had Titan Crane, Chad started with us when he was just five years old. When he was in high school, he’d come down and work on Saturdays too, so he grew up with it and has a huge crane background.”

When Grunow was first starting Titan Crane, he worked with the Clarence Campeau Development Fund, for financial and business support. This time around, Grunow knew he wanted to work with the CCDF again, based on his positive experience the first time.

“The CCDF is excellent. Their financial support for the purchase of the two cranes, business support, advertising, the training part — their support is there in every aspect of the business,” he said.

The CCDF was initially established in 1997 by the Government of Saskatchewan and the Métis Nation of Saskatchewan and works to assist economic development activities of Métis people in the province. Grunow and Chad accessed the CCDF’s Business Plan and Business Development programs, which are just two of the programs they offer for business development. In 2018 alone, the CCDF invested $7.6 million in repayable and non-repayable contributions.

For Grunow, their support goes far beyond financial.

“I like that they get involved; they don’t just stay in the office. They’ve been out here, and have seen the jobs we’ve done, and they’re interested in what we’re doing.”

One of the CCDF’s main goals is to increase Métis entrepreneurship, and for Grunow, this is one of the best parts of owning a business.

“There’s absolutely nothing like having your own business. Chad’s been working all his life, and now that we’ve started Far North together, he can see it’s a whole different avenue. You put it all together, and you can look back and see what you’ve accomplished.”

For Grunow, the choice to work with the CCDF was a natural one, and he urges anyone who has the same opportunity to go for it.

“We wouldn’t have what we have today if it wasn’t for the CCDF. It’s a tremendous opportunity for anyone who wants to get started in business, and their support is phenomenal.”