Marilyn Monroe once said, “I don’t mind living in a man’s world as long as I can be a woman in it,” and the women are taking this quote to heart.

Saskatchewan was third in female entrepreneurism in Canada in 2018 with roughly 34,800 self-employed women. This marks a 19.6 per cent increase in the last ten years. As such the Government of Saskatchewan has dubbed May 19 to 25 as Women Entrepreneurs Week. 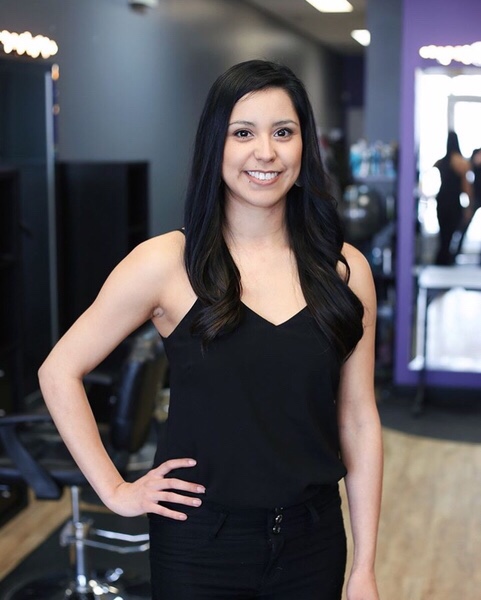 Although there has been ups and downs Destinee Peter, owner of Tangles Hair & Beauty for the last six years, enjoys owning her own business and watching how happy the clientele is after their appointment. Photo by Conrad Hewitt.

“Women entrepreneurs are disrupting the workforce and making a significant contribution to our entrepreneurial ecosystem,” Minister Responsible for the Status of Women Tina Beaudry-Mellor said in a press release. “I would like to thank Women Entrepreneurs of Saskatchewan for the support they provide women to create jobs and opportunities for themselves and their communities.”

Destinee Peter has been the owner of Tangles Hair & Beauty Salon for almost six years. She got into hairdressing after growing up watching her step-mother do it and liked the artistic aspect to it.

“I’m very artistic,” said Peters. “I like art, and this is just another form of art.”

Peter bought the salon from its previous owners at the age of 22.

“I previously worked at Tangles. I was working pretty much by myself most of the time anyways and the owner approached me and asked me if I’d like to buy the salon and so I did,” she said. “It was nerve wracking because I was so young, but my family said that I could do it…my dad and my step mom are also business owners so they said they would help me if I needed any help business wise.”

At the beginning, Peter said it was hard running her own salon. She would work 9am to 8pm, six days a week and had a difficult time finding the right staff. She now employs seven women who she describes as trustworthy responsible and hard working.

Another difficulty was not getting proper maternity leave like she otherwise would have.

“My husband took pat leave. Now he’s back at work and that’s why I only work nine to twelve. I spend the rest of the day with my son. That is one part I find difficult that I don’t get to spend as much time with my son but love it. I love being a business owner,” said Peter.

The best parts about owning her own business is watching how happy and confident the clientele is after their appointment and watching her business grow.

Peter is also thankful to Women Entrepreneurs of Saskatchewan (WESK).

“I love it because they help me, and they support me so much. I go to them for so many things and they have so many classes to offer. They are just amazing,” she said.

The annual small business conference hosted by WESK is one of the most important parts of the week. The conference on May 23 at the Sheraton Cavalier Hotel in Saskatoon was about technology and various strategies to use in the modern world.