It has been said that solar energy is the way of the future and Saskatchewan is officially embracing it. 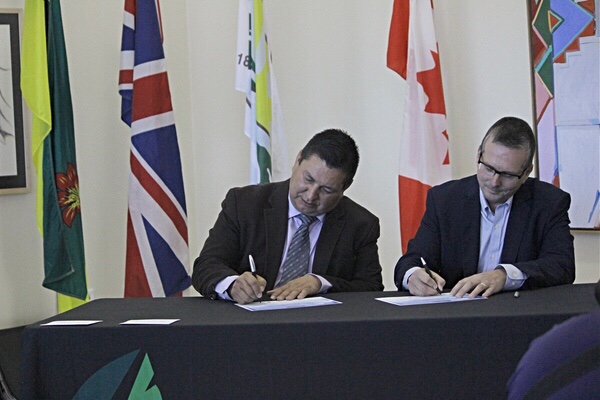 SaskPower plans to add 60 megawatts of utility-scale solar generation to a provincial grid by 2021 and this agreement will account for 20 megawatts of it.

“For a number of years, even before we had the arrangement with First Nations Power Authority, it was identified that First Nations communities in the province really identified with renewable energy and clean energy and they wanted to be part of the future as the technology for wind and solar has developed,” said Mike Marsh, SaskPower President and CEO.

Over the last 20 years, Marsh stated there’s a growing awareness and need on the part of First Nations that they want to be part of that progress and for their communities and for the future generations.

“I think it is very important for them to be involved in this,” he said. “As SaskPower, what we did was structure what we call a set aside agreement where we identified 20 megawatts of our first block of 60 megawatts. We identified 20 of that for the First Nations Power Authority and these are the two project they are working on.”

“Because separate from SaskPower’s RFP process, we have developed a process called General Member Opportunity that provides a made in Saskatchewan Indigenous approach to procuring power opportunities … and we are looking forward to this set aside opportunity with SaskPower,” said Lonechild. “This is unique in Saskatchewan, but it's also unique throughout Canada. FNPA is a one of a kind Indigenous run institution.”

Lonechild hopes the next set aside discussions can be about geothermal solutions.

This agreement is estimated to be worth $85 million over the course of 20 years. The two solar projects currently are under consideration.