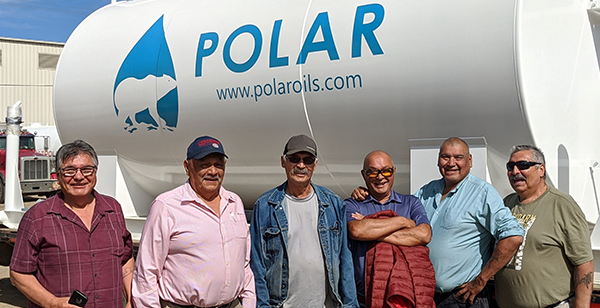 A successful bid to land the contract to supply uranium giant Orano is the result of two years worth of work to boost the image of Polar Oils and show what the Indigenous-owned business can accomplish in a tough market.

Polar Oils is majority-owned by the member nations of the Meadow Lake Tribal Council and the Ahtahkakoop Cree Nation and has traditionally serviced what general manager Dylon Gould calls a “niche” market in northwest Saskatchewan.

“It’s really going to elevate our legitimacy on the page and show that a small independent can be competitive against major marketeers and major refiners,” said Gould.

Founded in 1982, the company had a goal of servicing northern and remote communities without “extortion” pricing from larger companies in the market at the time. The company supplies fuel, lubricants and petroleum equipment.

“This is quite a broad range of customers that I would say a standard northern business doesn’t get to interact with or engage with directly,” he added.

Polar Oils and Orano had a business relationship prior to Gould’s time with the company, but the successful tender, secured in late 2019, is the result of new management overhauling the company’s image through a marketing campaign.

A key aspect of the marketing campaign was a focus on the company’s majority Indigenous ownership.

Gould referred to the successful tender as the fruit of the marketing labour, which began around February 2019.

He is optimistic that the Orano deal could open the door to other opportunities further down the road with larger companies or possibly governments.