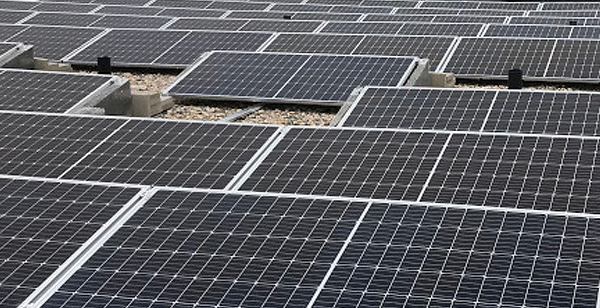 A 10-megawatt solar project to be built next spring is expected to bring in about 20 years’ worth of revenue for the George Gordon First Nation.

Construction on the Pesakastew Solar Facility is expected to begin in May or June about four kilometers southwest of Weyburn, according to Glen Pratt, CEO of George Gordon Developments Ltd.

“We hope it will create jobs, especially during construction and hopefully, during the operation of the project and maintenance,” Pratt said.

The Pesakastew Solar Facility will be built, owned, and operated by a partnership consisting of the George Gordon First Nation, the Star Blanket Cree Nation and Halifax-based Natural Forces.

Pratt said 11 band members were trained as solar panel installers and the band hopes to employ two people when the plant is operating.

“That’s the only downside to a renewable solar project is that it doesn’t create a whole lot of jobs over time, but it does bring in a great investment and a good return on investment,” said Pratt.

When the revenue begins to generate, Pratt said it could then be reinvested to create more opportunities for the band and its members in the long term.

The next step is securing federal funding to further support the project. Then, the band will look to secure contracts to build and construct the solar facility, Pratt said.

Pratt said the agreement has also given George Gordon’s arm of economic development time to consider a renewable energy business strategy for possible future projects on the reserve.

“Can we do a smaller energy project back home to help the First Nation reduce its footprint or increase its ability to create a small utility?” Pratt wondered aloud. The experience gained could also be used to assist other First Nations with their own projects in the future, Pratt added.

The solar project was one of two announced on Monday by SaskPower, which entered into agreements for solar facilities near Weyburn and Regina. “Indigenous procurement is a priority for SaskPower, and we are pleased to be able to build on our already strong relationship with First Nation Power Authority to finalize these two power purchase agreements,” said Mike Marsh, SaskPower President & CEO. “These projects are a crucial step toward achieving SaskPower’s short-term goal of adding 60 MW of solar generating capacity to the provincial grid.”

The other solar project, Awasis Solar, will be operated by a partnership between the Cowessess First Nation and Elemental Energy, an American company with offices in British Columbia.

Both agreements signed by the Crown corporation are for 10-megawatts each, enough energy to power about 5,000 homes in Saskatchewan, according to SaskPower.

The projects have been under consideration for just under two years, according to Guy Lonechild, CEO of the First Nations Power Authority, the organization which brought the solar project proposals before SaskPower for consideration.

“Training and employment opportunities to do solar panel installation, set up racking and construction jobs were of high interest to the First Nations,” Lonechild said.

Getting the deal done required a lot of back and forth and required some matchmaking between bands’ leadership and potential business partners in the energy industry, Lonechild said.

In the case of the Pesakastew Solar Project, George Gordon First Nation and Star Blanket Cree Nation already had some familiarity with Natural Forces, prior to the involvement of the FNPA, Lonechild added.