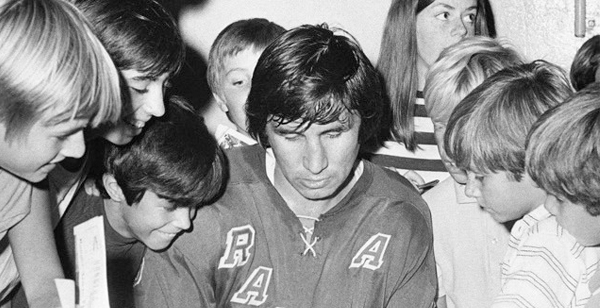 Jim Neilson signing autographs for fans during his time with the New York Rangers. Photo by D. Neilson

Efforts are being made to make certain Jim Neilson, who played 17 years in the NHL during the 1960s and 70s, will not be forgotten.

In honour of his legacy, the Big River First Nation is in the process of building the Jim Neilson Sports Complex, which will be a rink attached to the school.

Those closest to him couldn’t be happier.

“It’s a big deal to have a new rink and school and place to gravitate to,” said David Neilson. “To have my dad’s name connected to that is very honoring.”

Originally from Big River, Jim grew up in a Prince Albert orphanage, which is where he first discovered hockey. 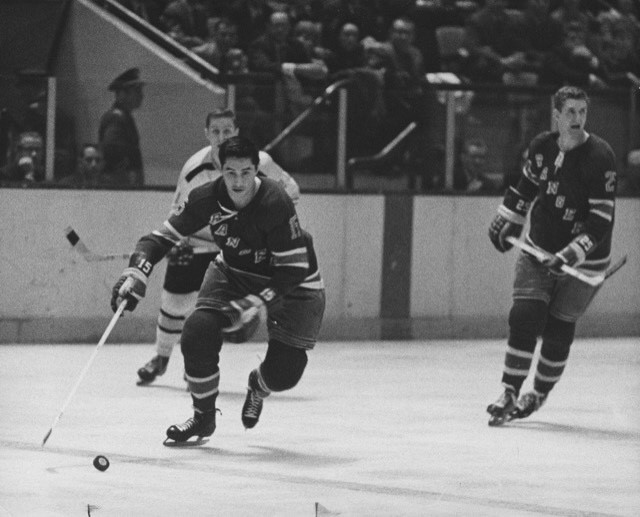 Jim Nielson skating after the puck during his time with the New York Rangers. Photo by D. Neilson

During his NHL career, he was a defenseman for the New York Rangers. California Golden Seals, Cleveland Barons and the Edmonton Oilers. He went on to play 1,024 games where he amassed 69 goals, 299 assists, and was also a four-time all-star before retiring in 1979. In 2010, Jim was inducted into the Saskatchewan Sports Hall of Fame.

To his children, the NHLer was just dad and playing hockey was his job.

David was about six years old when he began to realize his dad was truly someone in the world of hockey.

At that time, Jim was a fixture on the New York Rangers defense lineup. He was with the team from1962 until 1974.

Sometime in the 1970s, Milton Tootoosis saw a picture of Jim on his box of cereal and it piqued his interest.

“I thought, ‘Wow look at that an Indigenous person in the National Hockey League and on a cereal box,’” he said. 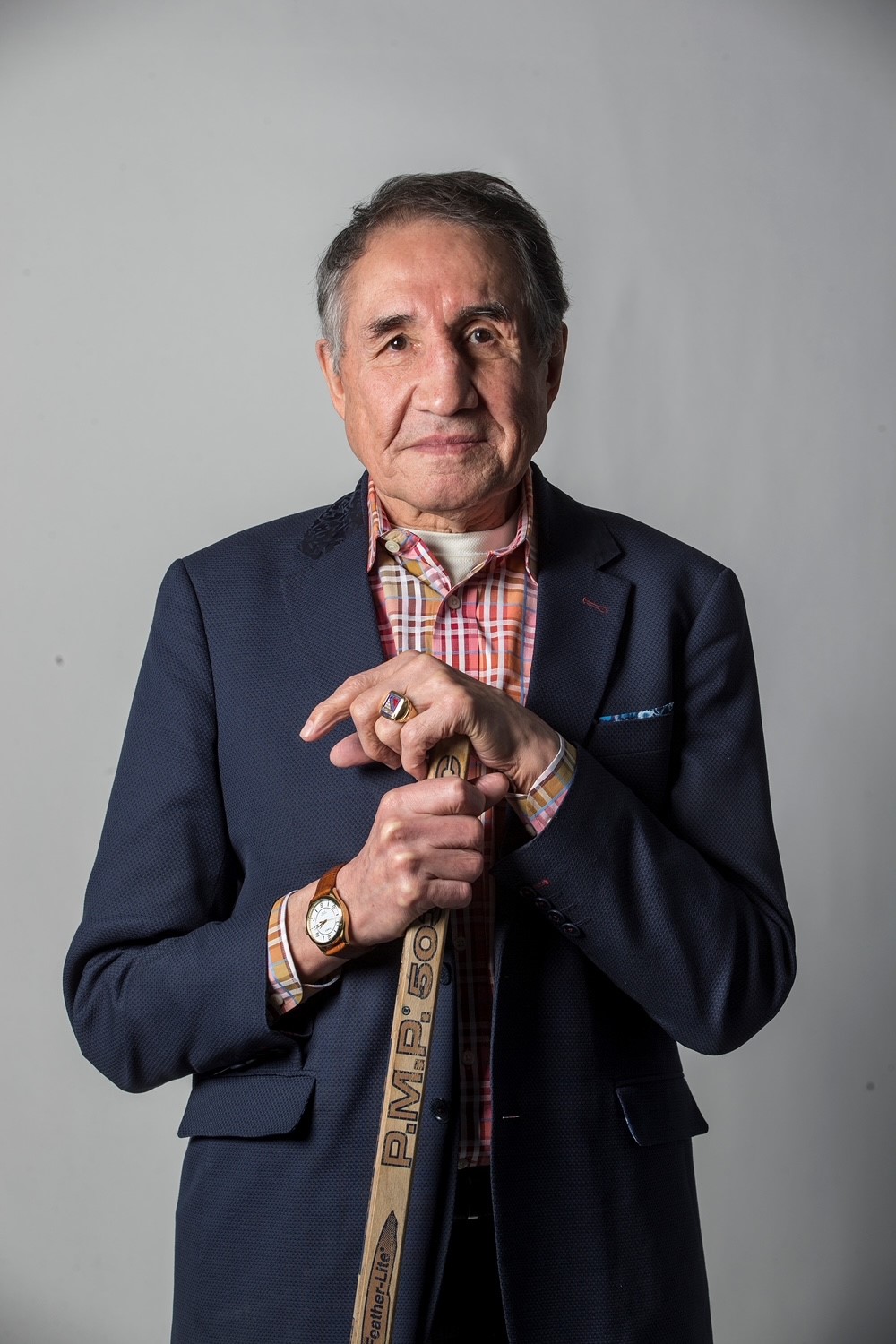 During his 17-year career Jim would be a defenseman for the New York Rangers, California Golden Seals, Cleveland Barons, and Edmonton Oilers and played more than 1,000 games before retiring in 1979. Photo by D. Neilson

Tootoosis was intrigued and the more he learned, the more amazed he became.
“He beat the odds of someone making it into the NHL in that era when there were only six teams,” he said. “That was incredible.”

Not only did Jim beat the odds by making it to the NHL, he battled overt racism to stay in the game.

“I have press clippings where dad is referred to as the Indian on the team and all these other stereotypes,” said David.

However, Jim did not let the negativity stop him.

“He was always aware he was an Indigenous person in a predominantly white sport but he just let his ability do the talking,” said David. “It takes a lot of mental toughness to not let that racism get the best of you.”

Tootoosis remained a fan long after Jim retired. The pair met in the early 2000s and became friends. 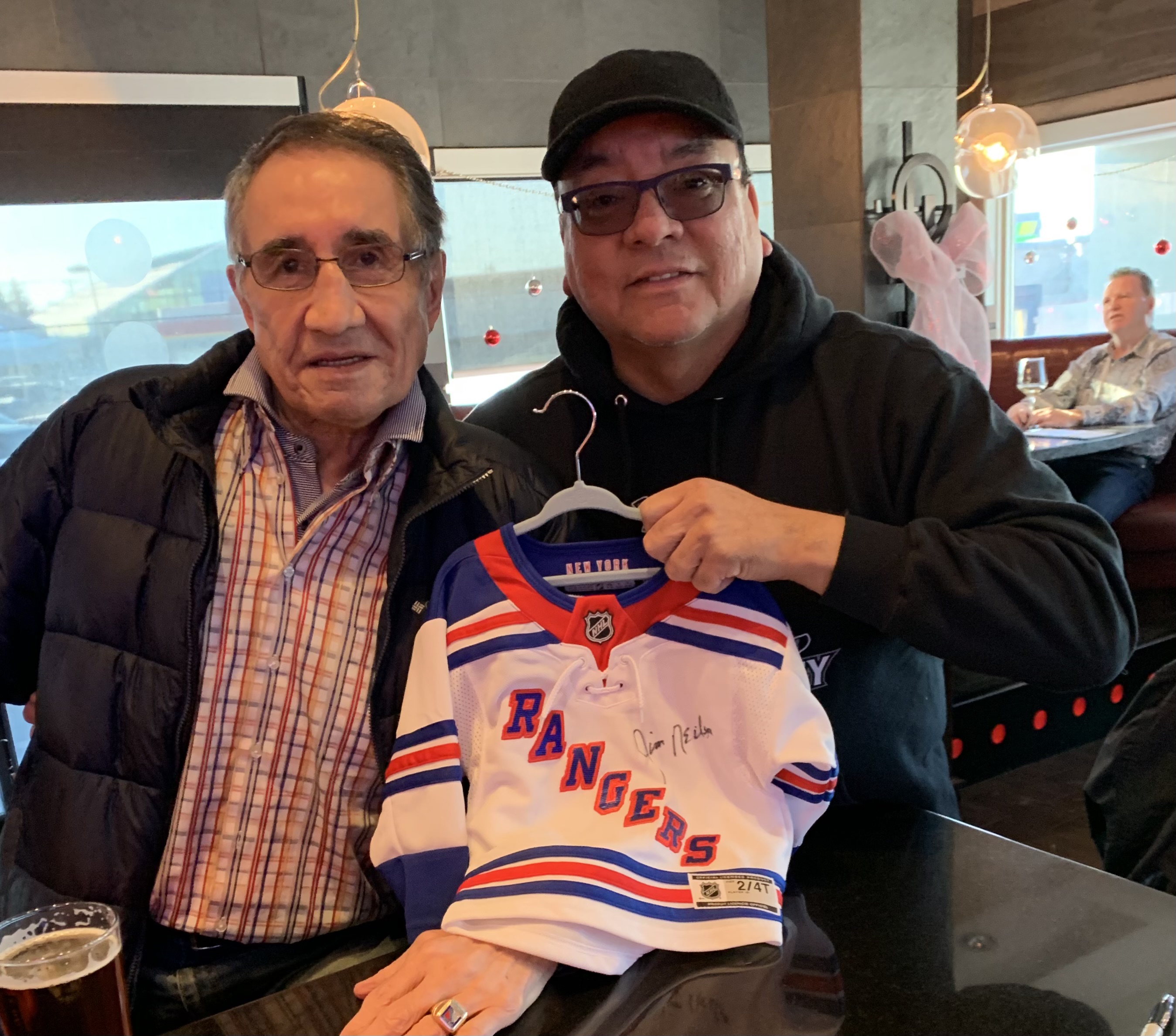 Jim Neilson and Milton Tootoosis would end up becoming friends for the latter half of Jim’s life and this is something Tootoosis will always be grateful for. Photo by M. Tootoosis

He said Jim was a trailblazer who set an example of what an individual can do if they set their mind to it. Tootoosis believes Jim’s story should never be forgotten.

As a way to pay tribute to his friend and idol, he has organized the Jim Neilson Invitational Hockey Tournament, which is scheduled for the first weekend in April.