A week to celebrate economic development

It’s a celebration of awareness, recognition and pride by many in the economic development businesses. A week in May has been designated to celebrate economic development in Saskatchewan – a first of its kind in the province. On April 7th at the City of Regina, the Saskatchewan Minister of Economy Jeremy Harrison proclaimed May 8-14, 2017 to be Economic Development Week (EDW) in the province. 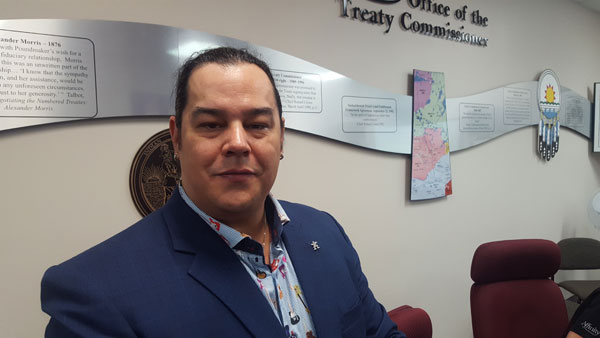 “[It’s] celebrating the diversity of our economic developers and entrepreneurs in Saskatchewan,” he said. “We wanted to highlight a week here to build up activities with partners and to share some ideas [on how to celebrate EDW] with hosts and economic development folks.”

Soonias says their networks will be hosting soup and bannock on May 8th in their offices and have invited different leadership in the business communities to attend. A toolkit was made from SFNEDN and SEDA, which was adopted and amended from the International Economic Development Council. It lists 15 ideas for businesses to consider when celebrating EDW.

“They were kind enough to allow us to amend that and put our Saskatchewan week logo in there and share that with folks across the province,” he said. “It’s just a way for communities to look at ways to celebrate and promote the work that’s being done.”

Small to large businesses are encouraged to participate and to share what is working in their line of businesses. The toolkit also includes suggested resources such as a sample resolution and sample press release for businesses who wishes to participate in the weeklong activities with merging partnerships between First Nations and mainstream businesses.

“We’re not entirely sure what other communities are doing…being the first year, it’s more less getting some of that awareness out there and this coming year we will have more time to construct more event,” he said.

According to the toolkit, the goal of the EDW is to increase awareness for local initiatives that create jobs, advance career development opportunities and increase the quality of life.

Soonias encourages those who plan on celebrating the proclaimed week on social media by using the international campaign hashtags #EconDevWeek and #EDW2017.