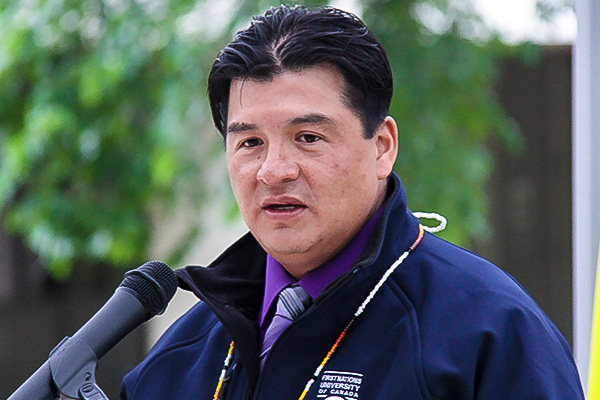 “The FSIN Executive welcomes the celebration of Local Government Week in Saskatchewan, as it highlights and recognizes the tireless work of the many leaders in all of our communities,” said FSIN Chief Bobby Cameron in a media release. “Our Chiefs and Councils represent thousands of First Nations people across the province and we want to recognize their efforts to create a better tomorrow for our future generations. Our Executive ensures that our Inherent and Treaty Rights and the exertion of First Nations jurisdiction remain at the forefront of our relationships with other local governments. We are thankful for the partnerships we have created and will continue to create in the future.”

The call to recognize the week with a provincial proclamation emerged through discussions between the partner organizations as an excellent opportunity to recognize and raise awareness about Saskatchewan’s systems of local governance. The work of local governments affects the lives of Saskatchewan residents every day. Local governments are responsible for everything from educating the province’s youth to building and maintaining the local roads residents use. To provide the many services offered, Saskatchewan’s local governments collectively employ more than 38,000 people. Locally-elected governments represent the voices of the people they serve and provide connections and accountability to their communities.

“Our province recognizes the important work leaders of all communities and local government organizations do each and every day. Chiefs, mayors, reeves, councillors, trustees and administrative officials all play roles that contribute to the quality of life for all who share this great land called Saskatchewan. When neighbouring communities work together with other government partners on common goals, resources can go farther and relationships can grow stronger to help improve the lives of everyone,” said Carr.

The MN-S Minister of Education Earl Cook also stated the self-government agreement which they recently signed with the federal government recognizes the Métis Nation Saskatchewan as a government, which represents the Métis in the province.

“It is only fitting that we celebrate our successes in Local Government Week,” stated Cook.

“SARM is committed to building capacity at the local level and it starts with recognizing the important role of municipal government through Local Government Week,” he said.

The SSBA President Shawn Davidson stated that school boards are locally elected to bring community voice to publicly funded education and will help to highlight the importance of grassroots level decision-making.

The SUMA President Gordon Barnhart also stated that Local Government Week is a great way to acknowledge Saskatchewan’s hometown governments who are responsible for everything from wastewater collection to fire and protective services.

“Local Government Week is a chance to highlight the role local governments play in shaping our communities,” stated Barnhart.