The Clarence Campeau Development Fund (CCDF) is feeling good about Métis business in the province. 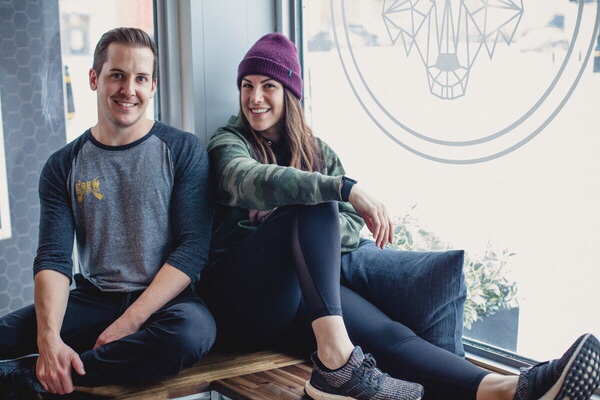 “I always think that CCDF’s success is based on the success of the clients that we work with and the Métis people,” said Pam Larson, CEO of the fund.

In 2018, the fund had their biggest year ever, approving $7.5 million in support in their role as an equity provider – this is 53 per cent higher than the previous year.

The CCDF did a socio-economic impact development study and chief operating officer Steve Danners said that the $7.5 million “translated into over $114 million in socio-economic benefit to the province of Saskatchewan.” In 2018, CCDF supported 56 businesses and created 418 jobs.

“It’s just fantastic numbers there. It’s a real positive success story no question, and those numbers belong to the Métis people,” Danners said.

One of these new businesses is Saskatoon’s Crew Rowhouse, a fitness studio that opened its doors August 2018.

Lorne Prefontaine and his business partner Sheena Beatty wanted to share their passion for rowing.

“We wanted to create a workout that we want to do every day,” he said. “We designed a circuit to be for anyone, of any fitness level, and that was very important to us.”

Crew Rowhouse started as an idea and by the summer of 2017 the pair had committed to creating a gym with class passes, a flexible, no-membership model.

“Clarence Campeau was instrumental in us being able to open our doors,” Prefontaine said, the fund supported them to get equipment for the facility.

The fund also nominated them for the North Sask. Business Association’s Young Promising Entrepreneur Award, which they won at the Business Builder Awards night Mar. 20.

“When you are a new business, you are putting your passion out there. You’ve created this workout and are putting it out to the community and hoping it will be received well, so you feel a little bit vulnerable,” Prefontaine said. “Winning that award is a nice little shot of confidence, [it told us] we’re on the right track.”

“That was a good little boost,” he said.

Gauthier bought into the truck repair shop in March 2018, and they work to serve the north and northern companies.

“Definitely, Clarence Campeau was a number one supporter right from the get go, because there is a lot of cost even just to start up, even a business plan is pretty expensive,” he said. “It was so easy to know what programs they had and what they offered.”

These successes are what drives the CCDF.

“That’s just our passion. As a Métis person, we want to see other Métis people succeed and when they success they employ other people, whether Métis or not Métis, it improves the economy, it improves standard of life, it has just such as positive impact,” Larson said.